I knew this would be a long day, and that perhaps it should have been attempted a month or two ago, but finding a free weekend these days is sometimes not trivial.  In any case, the ANZAC day weekend loomed and we went for it.

The Centenary Trail was marked last year in commemoration of Canberra turning 100.  Intended as a trail which can be walked in 7 days or ridden in three, the trail starts at Parliament House, skirts the War Memorial, then soon has one at the scrubby base of Mt Ainslie before arcing in a wiggly anticlockwise 145 km loop along the perimeter of the built up areas (and beyond), before returning one back (eventually) to the flagstaff on the hill.

We packed the seven PDF trail maps, snacks and a few warmer items into backpacks and were rolling at 7 am - as early as we could muster even though sun-up was at 6:35.  Our hotel was 5 km from the start/end points (the big flagstaff), so we were always going to be looking at something close to 160 km for the round trip.  I was hoping we’d be done by sunset at 5:25pm.  Not being locals, actually studying the map would have made things a bit slicker and saved us a good hour due to navigational hiccups.  However, unsighted, it's hard to know which bits were going to catch us out.  In any case, a good dose of uncertainty adds to the adventure.

The Centenary Trail does a great job in showcasing some of the best of what the ACT has to offer, and it doesn't take long before the manicured grandness of spaced buildings, boulevards and gardens melds into native woodlands, with the fat tyres rumbling along red earth rural trails in the morning shadows of Mt Ainslie.  Almost collected a few startled Kangas on those first few bush kilometers.

Thus far the trail was well marked, and my brain switched off.  Sidling round the base of Ainslie we cruised a bend too far and onto a segment leading to one of the summit tracks.  Such diversions are intended to be walked only - optional features which periodically present, and would have been quite obvious had we printed the maps in colour – OK, or actually studied them.  We subsequently crossed the only other rider we'd seen thus far who immediately recognised me and blurted my name.  What are the chances of that?  Alex is a friend of my brother's and a few years back rode with our team at the Mont24.  After a few minutes chit-chat we parted ways, blindly clawing over more terrain which was a good deal more punchy than what had passed before.

Soon I could see signs of Queanbeyan in the distance and I knew we'd stuffed up.  We retraced about 1.5 kilometers of pinch climb lumpiness (Mudge not happy) and eventually found the correct line which took us further north along to the base of Mt Majura (ironically, where Alex was headed in the first place). 30 minutes lost and we'd only just started!

The trail meanders north to Mulligans flat, a nature reserve bordering Gungahlin, where another brain explosion had us miss the pedestrian door in the otherwise no-nonsense electrified perimeter fence.  A bit of boundary skirting had us back at the magical door (where the fence is first encountered!), and through.  Another 10 min penalty.  A handful more times we had to do a bit of detective work to get back on the scent.  Stop to get the map out – that's another minute gone.  Repeat 30 times.  Whingeing aside, overall the course was pretty well marked, although pauses we couldn’t avoid came in the form of dozens of livestock gates we had to pass bikes over or through during the course of the day. Again, at 1 min a gate minimum that's another 30-45 minute time penalty for the day. You can see where this is going.

Our only other major-league stuff up occurred trying to bridge between the Arboretum and Stromlo Forest Park, of all places, a segment I've even raced in years past.  Conflicting maps, ambiguous trail markers followed by some critically defaced markers had us scratching heads.  We could see Stromlo, we just couldn't get to it.  The direct option was disappointingly halted by the Molonglo River. Backtracking we skirting this to the south which dumped us at an extensively fenced off building site (new suburb).  Anxiety levels were rising but we eventually picked our way through the fences and blackberry patches to gain the familiar grounds of Stromlo at about 2:30 pm, still with about 60 km to travel, but we were back on track, and there were some great trails to come.

Not that any of Stromlo's trails would be ridden- that's not the idea of the CT.  The emphasis is on showcasing lesser-known trails and areas, especially the northern and southern boundaries of the loop.  The northern sector had some terrific single track which led to big-sky vistas and hill-side traverses, followed by a great descent into the small outpost of Hall, where we lunched at the post office on kick-A lamingtons and bacon and egg rolls, although the coffee wasn't much chop (you’ve been warned!). The southern sector has one descending to and skirting the beautiful Murrumbidgee river, with the Brindabella ranges as a towering backdrop.  Again, terrific single track with lots of little pinch climbs out to regain civilization at Tuggeranong.

At “Tuggers” we had out second shop stop, mainly replenishing liquids, (forgetting to top up at Stromlo) yet still had approx. 30 km to travel with the clock nudging 4:20.  It would be dark in an hour and someone was making mention of an abandon.  I tried to keep spirits up, yet given that our cumulative average for the day was in the order of 13 km/hr, at least an hour under lights was on the cards.  But we had lights fitted and in theory the run home was fairly flat.

Fortunately this turned out to be the case (mostly), mashing along the suburban bike paths in big gears, losing the trail only once (if you find yourself suddenly in Chisolm, about-face and go back over the bridge).  The final hiccup was grinding up another of those “walk-only” pinch climbs to the Trig at Isaacs Ridge (great last light views, BTW), before a sketchy descent and easy underlights traverse around rabbits, kangaroos, Mt Mugga Mugga and Red Hill.  There were just enough markers to guide us through swanky suburbia back to the Light On The Hill itself.  A security guard did the photographic honours on the back steps before shooing off the premises.

We cruised back over the bridge and onward to the hotel, bathing in the smugness that, in spite of numerous stuff ups, we’d burnt the candle at both ends and experienced a terrific day out, one that has raised Canberra and surrounds another notch or two in my estimations.  Steak at the pub never tasted so good.  According to Anita’s Garmin the moving time (not a metric I’m a fan of) was 9:20 for approx. 162 km.  But door-to-door we were a neat 12 hours.  Given that we now know what is in store and where to go, I know we’ll be back and manage a daylight finish at the next attempt.  Best birds?  Toss-up between numerous Scarlet Robins and a family of Double-bar Finches in the Arboretum. 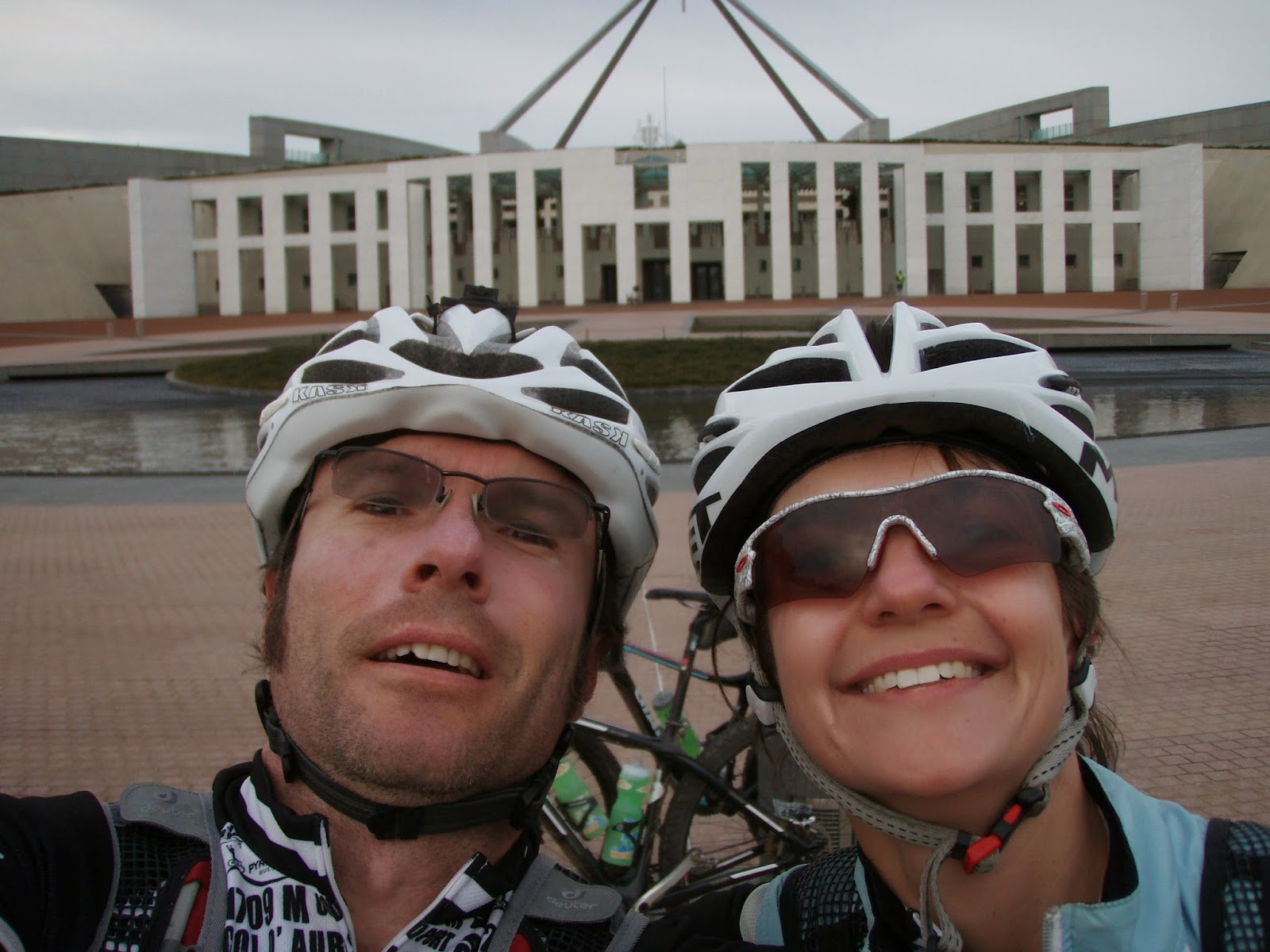 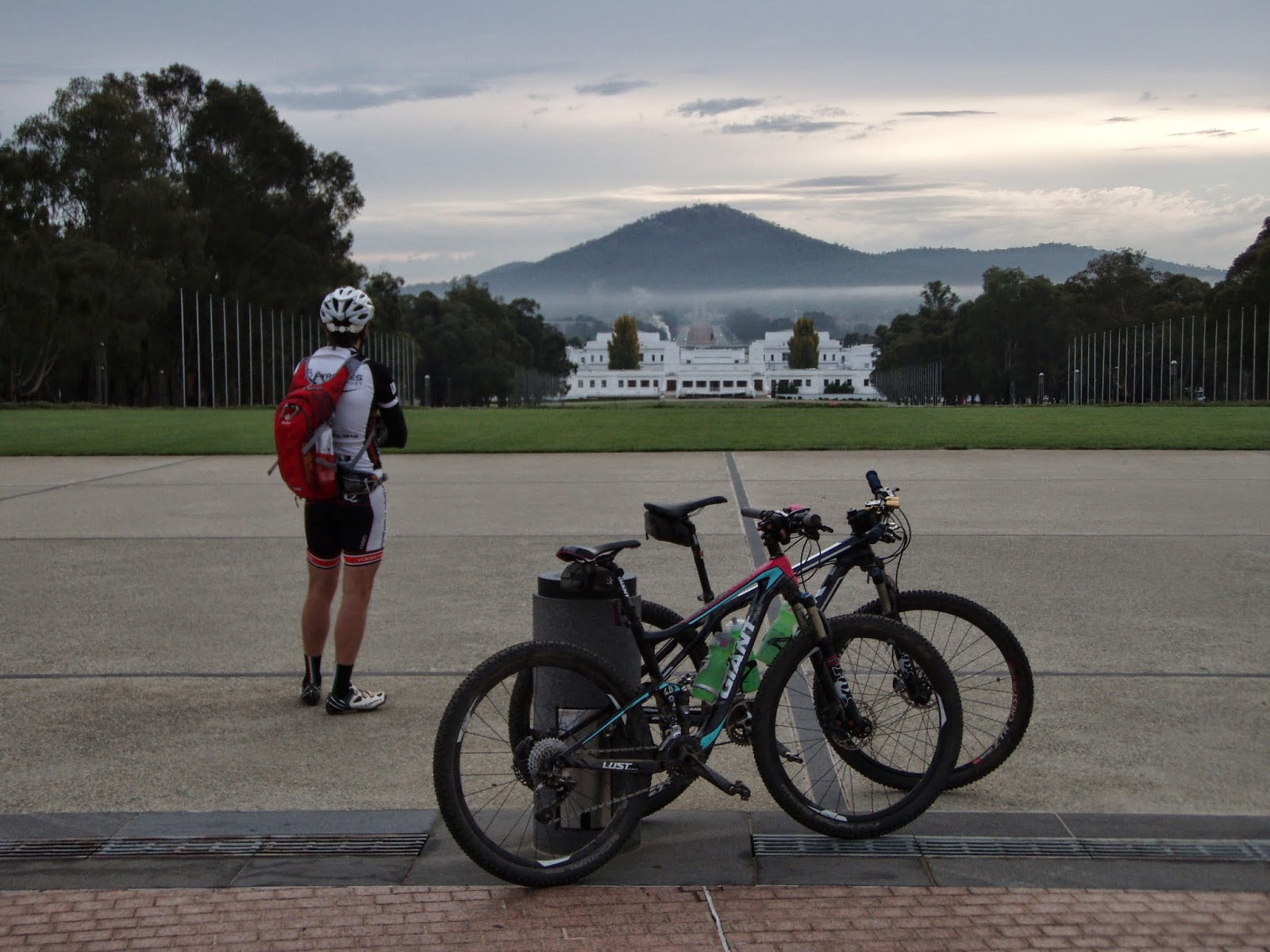 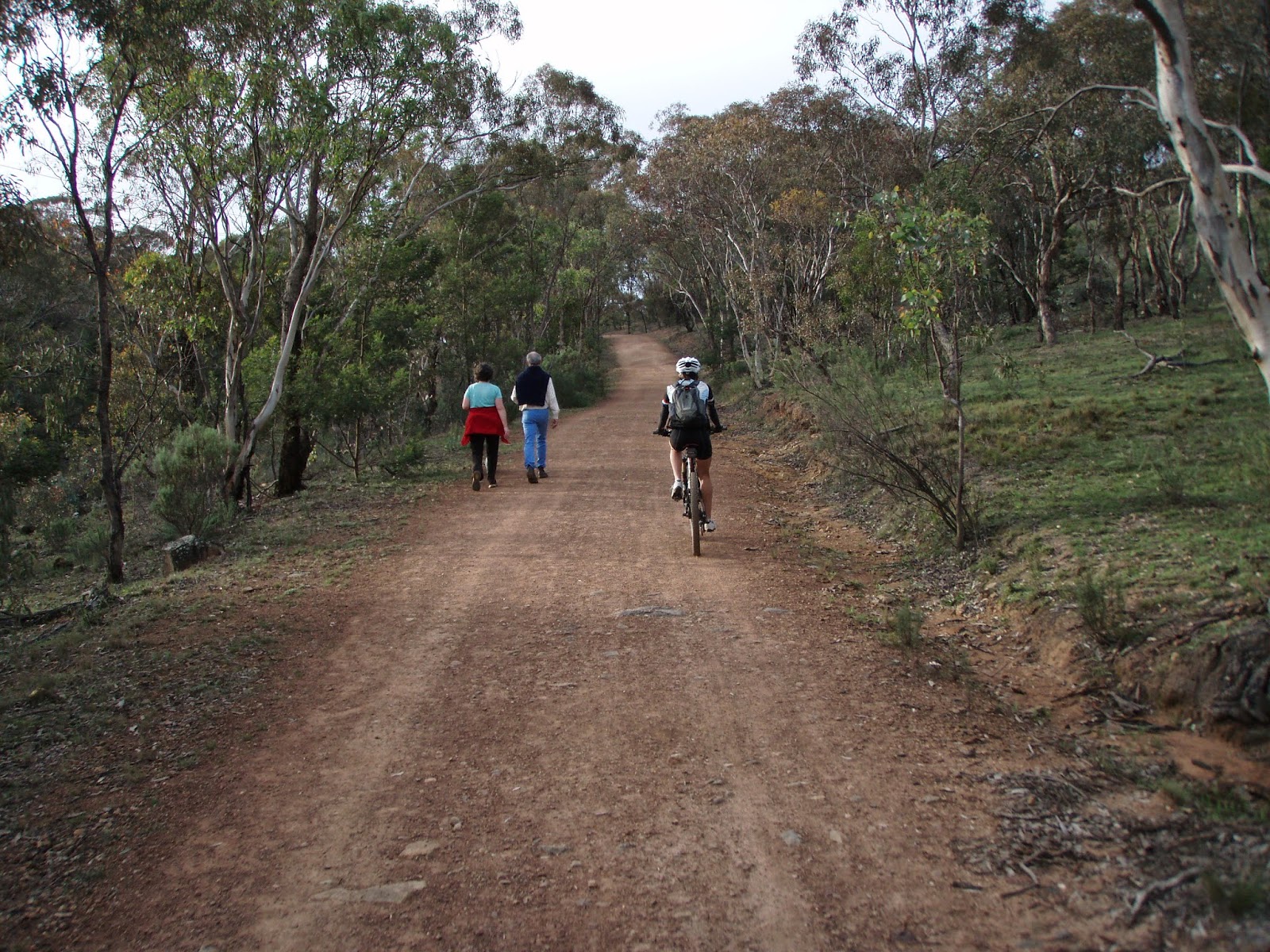 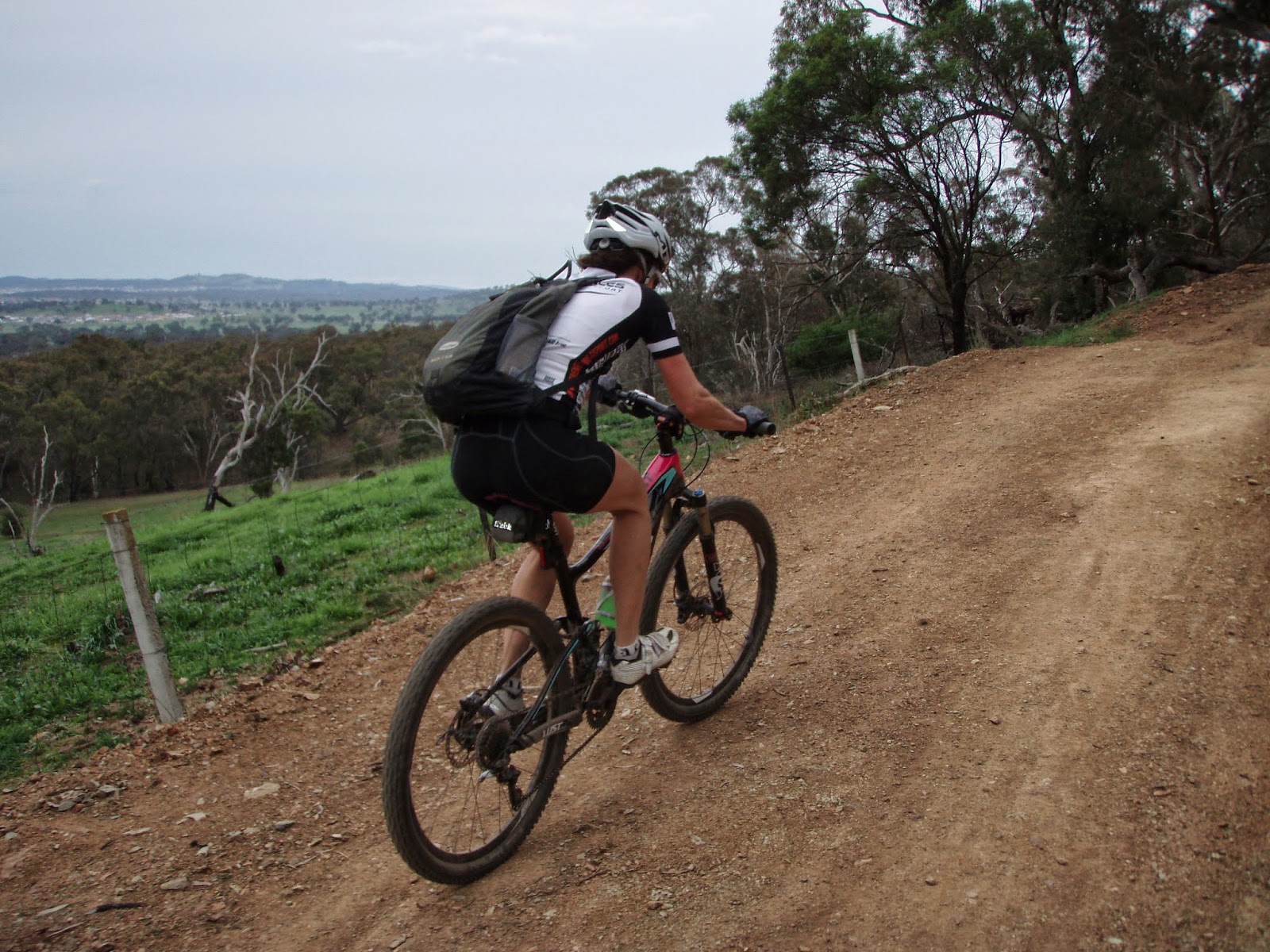 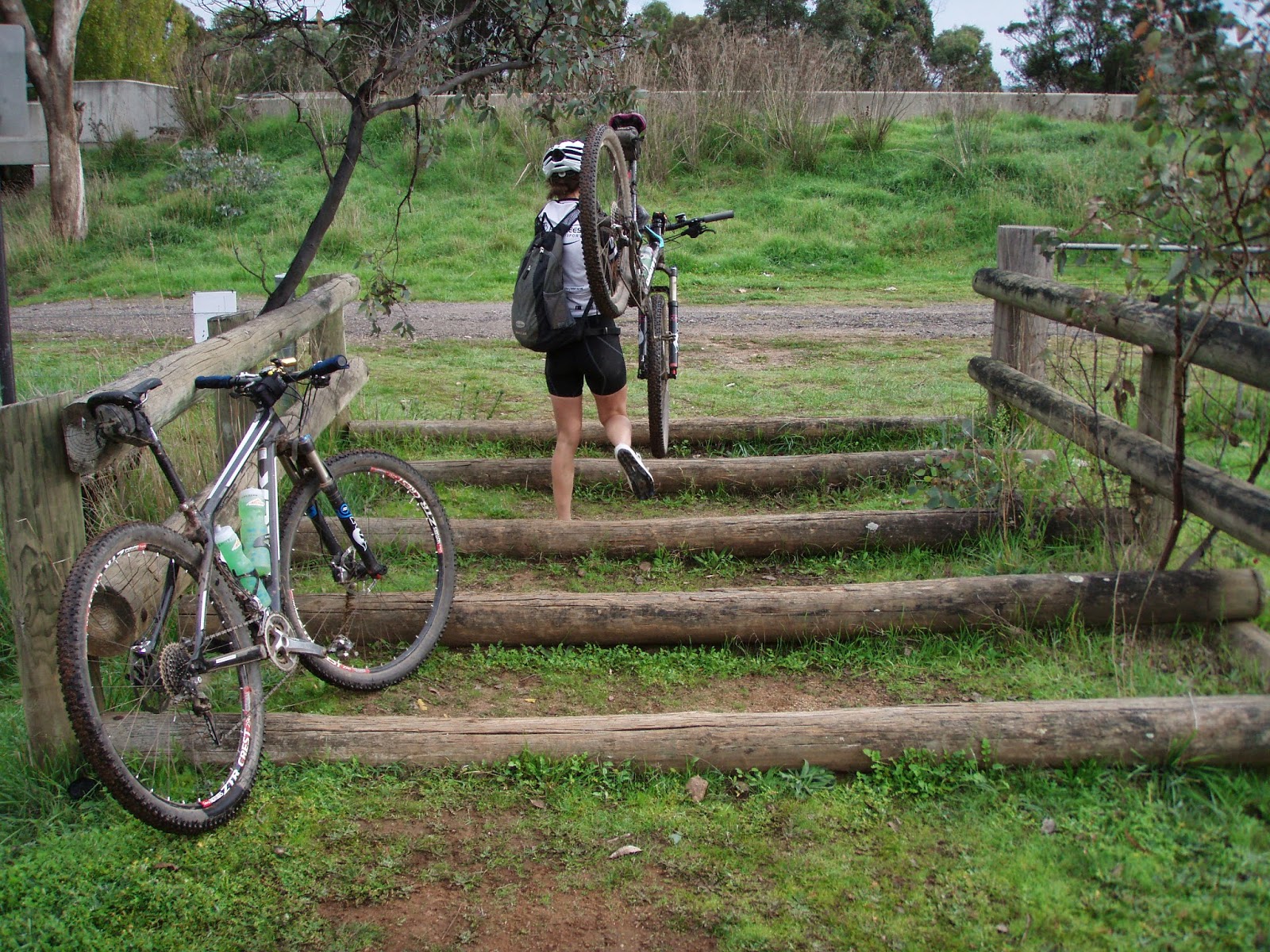 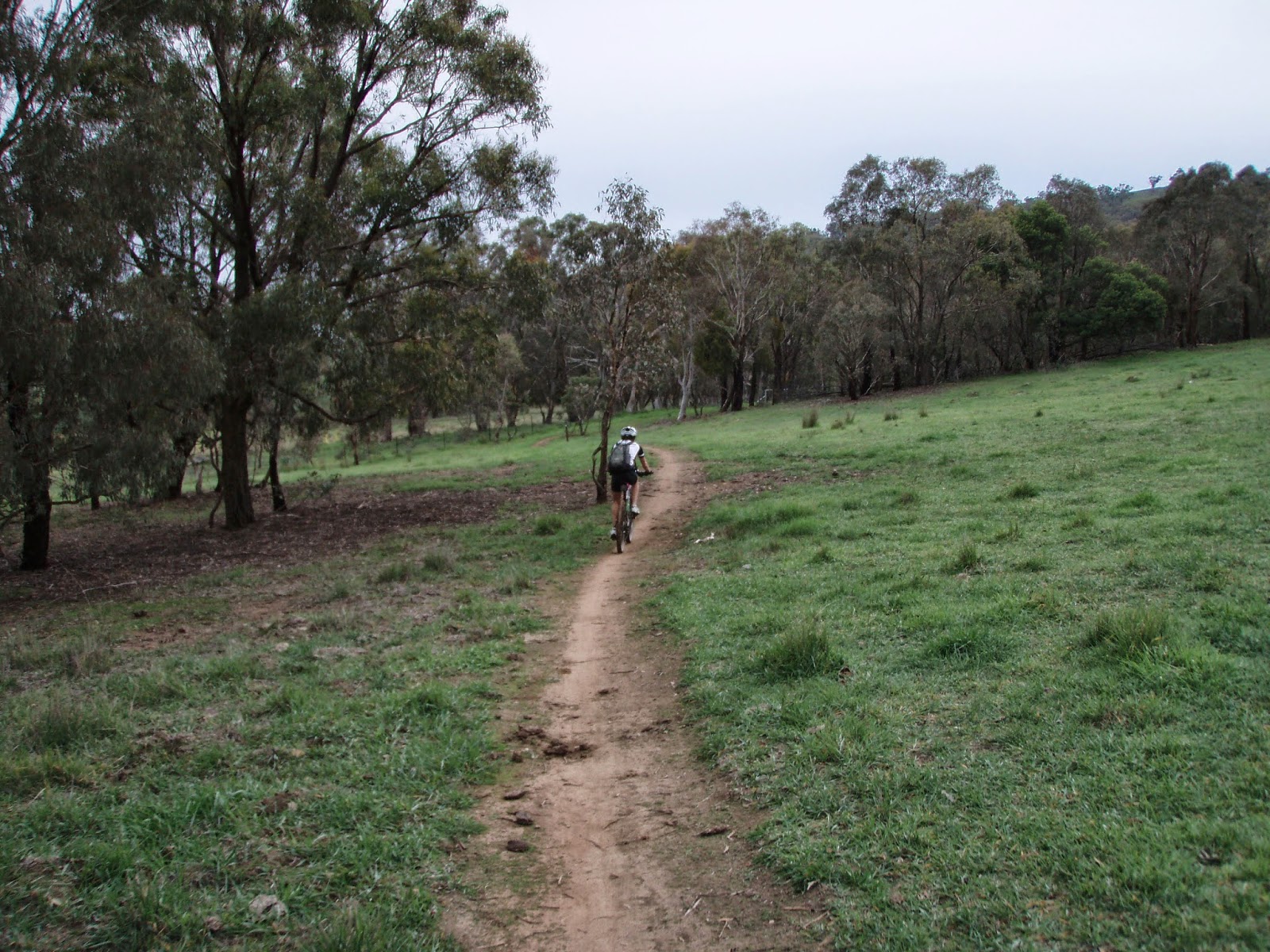 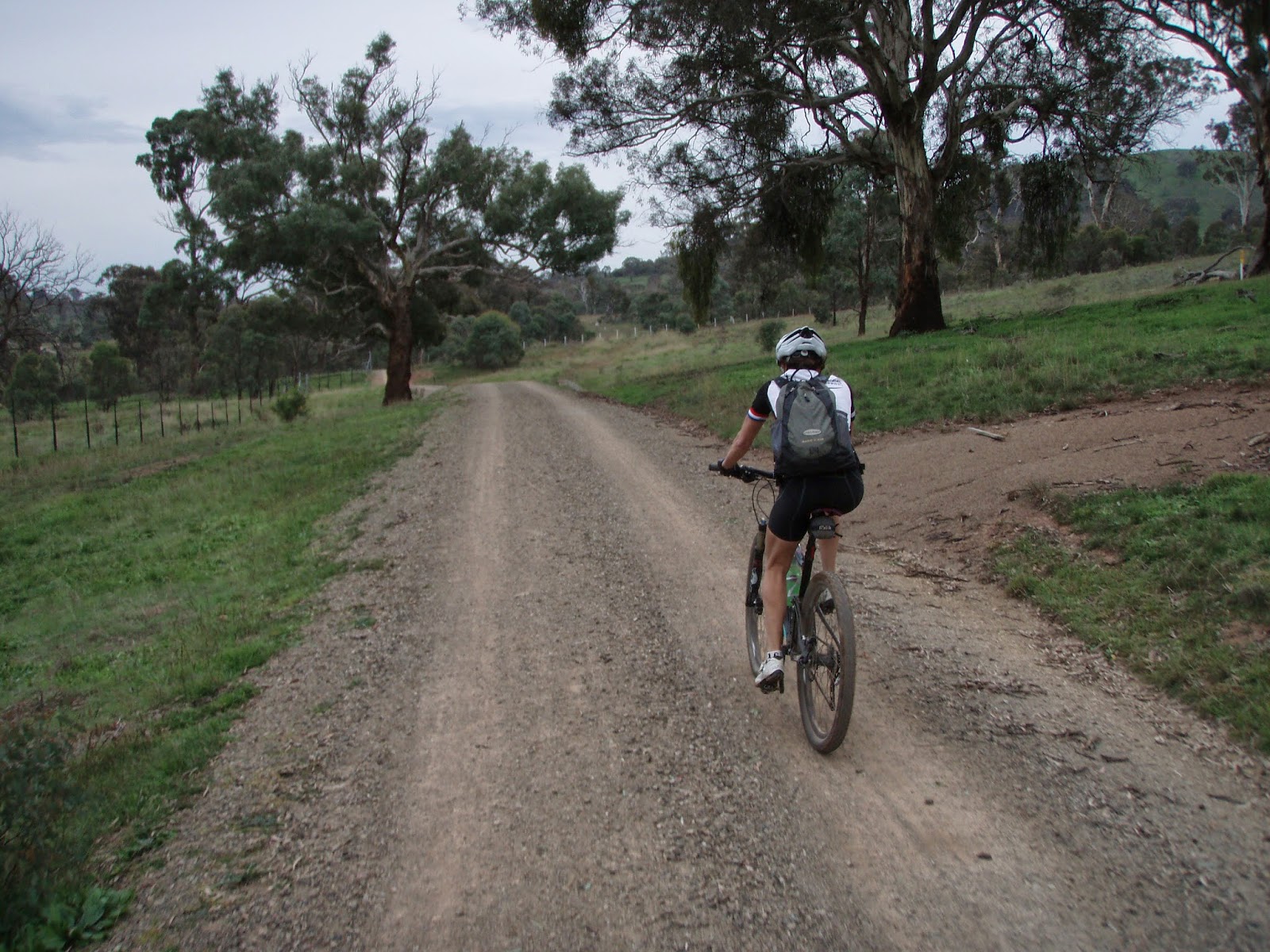 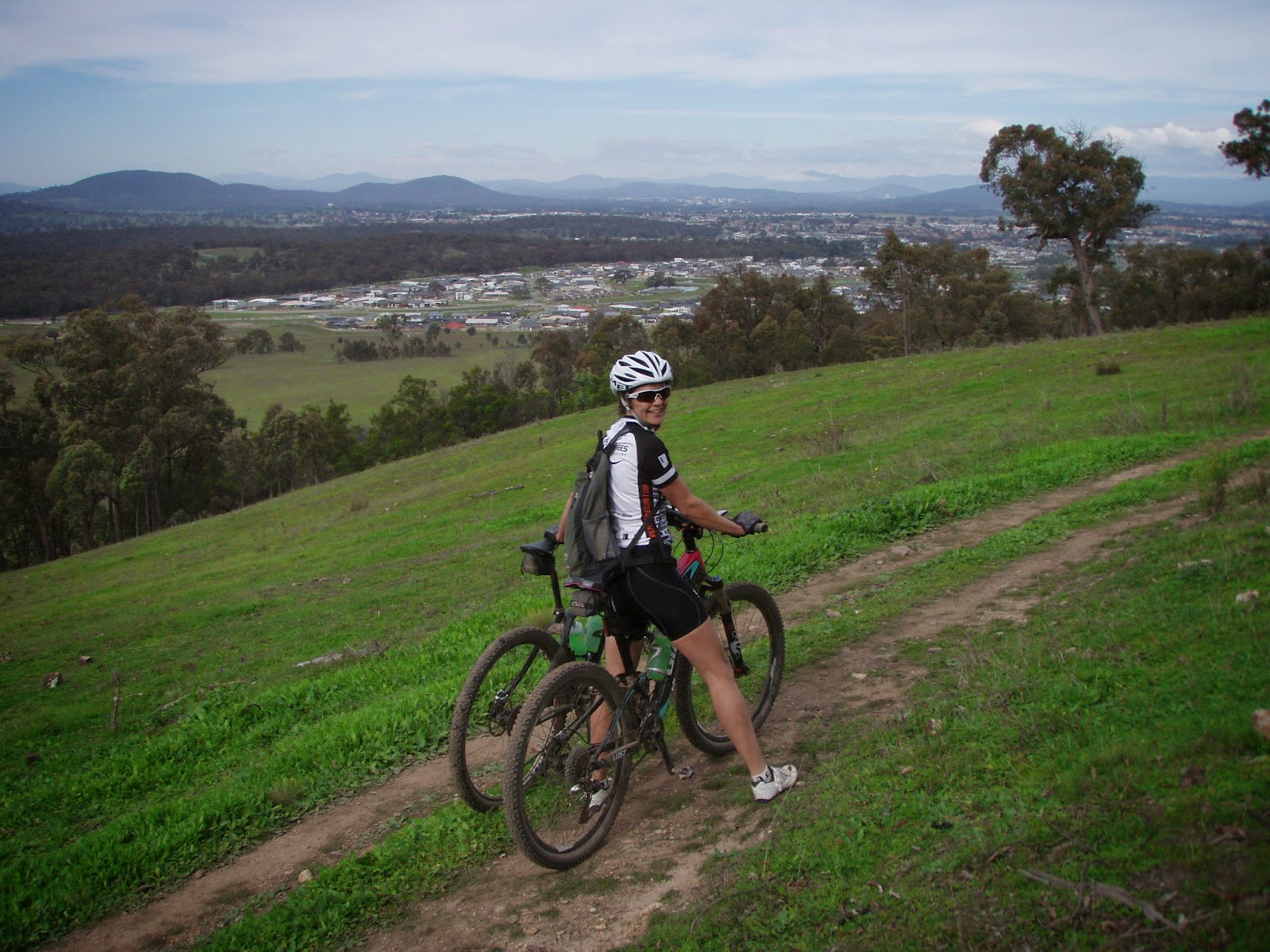 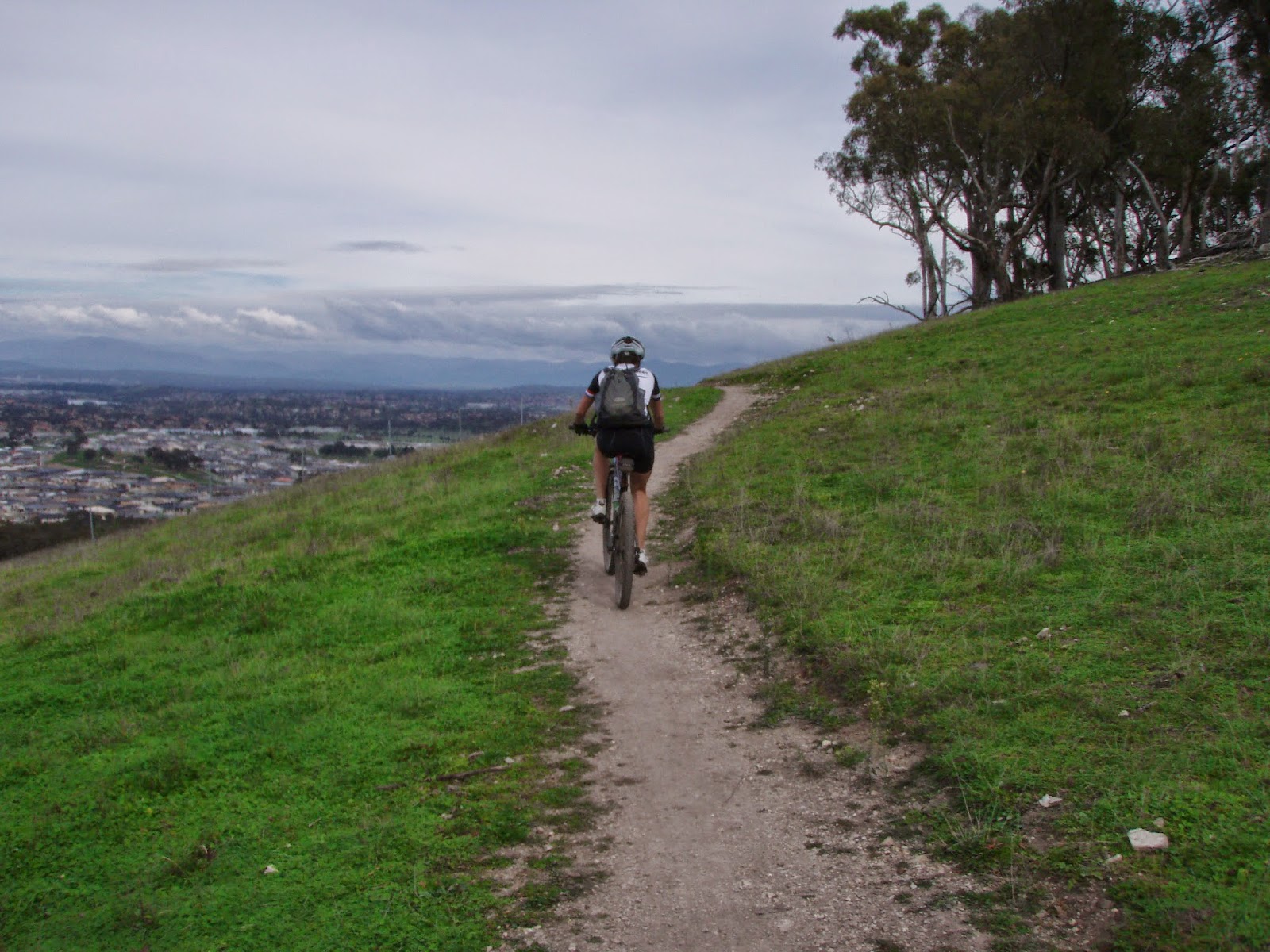 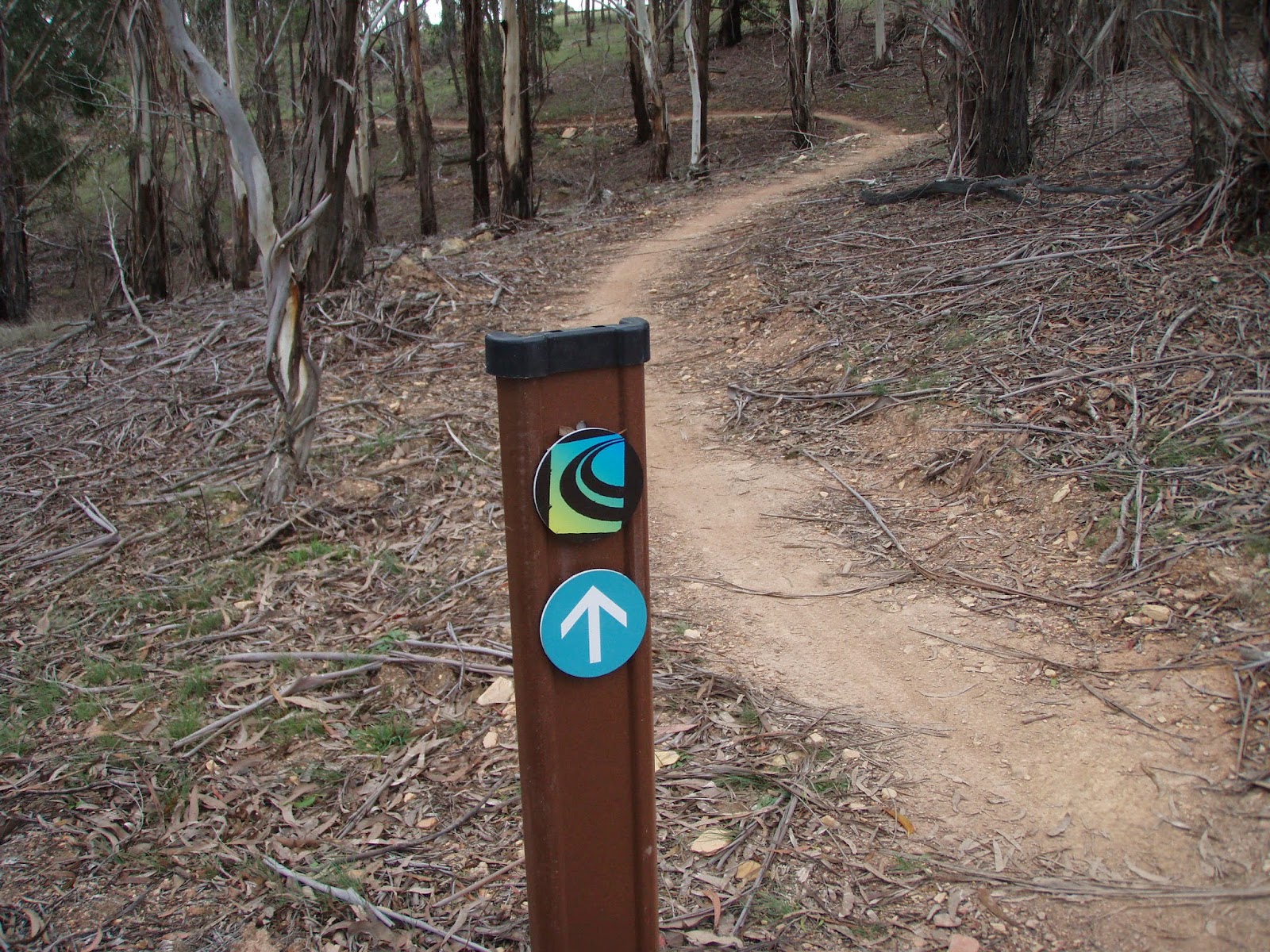 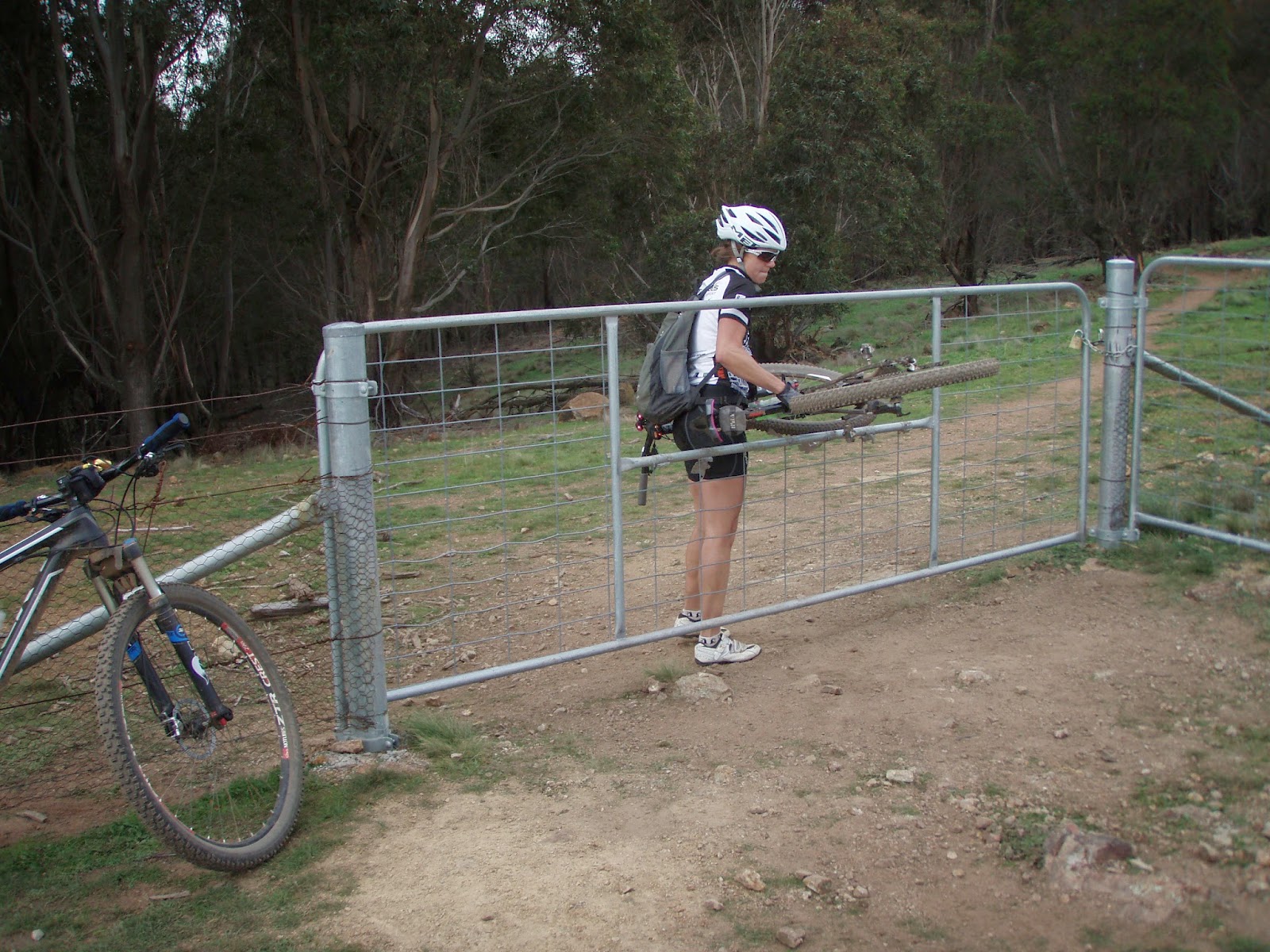 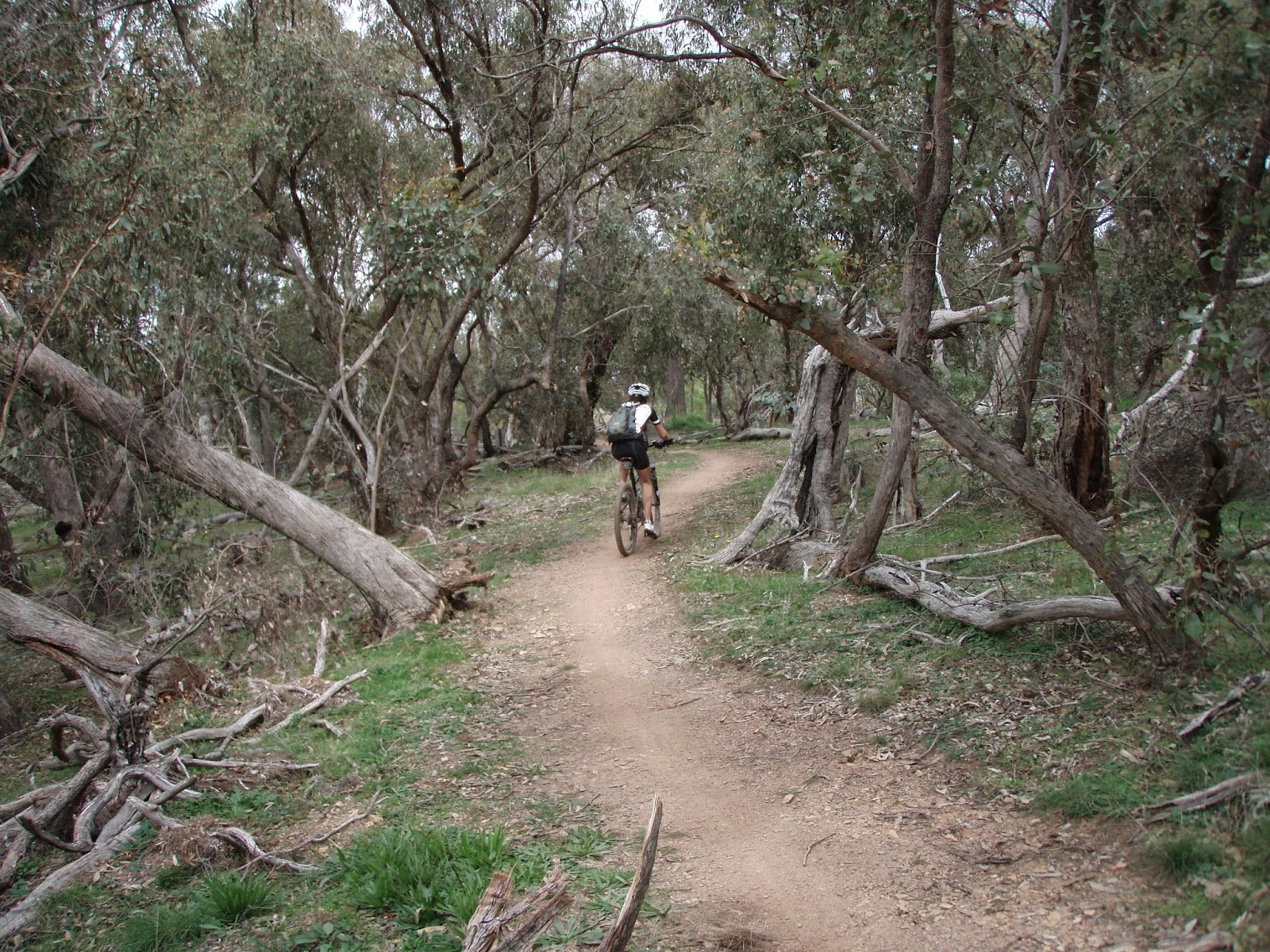 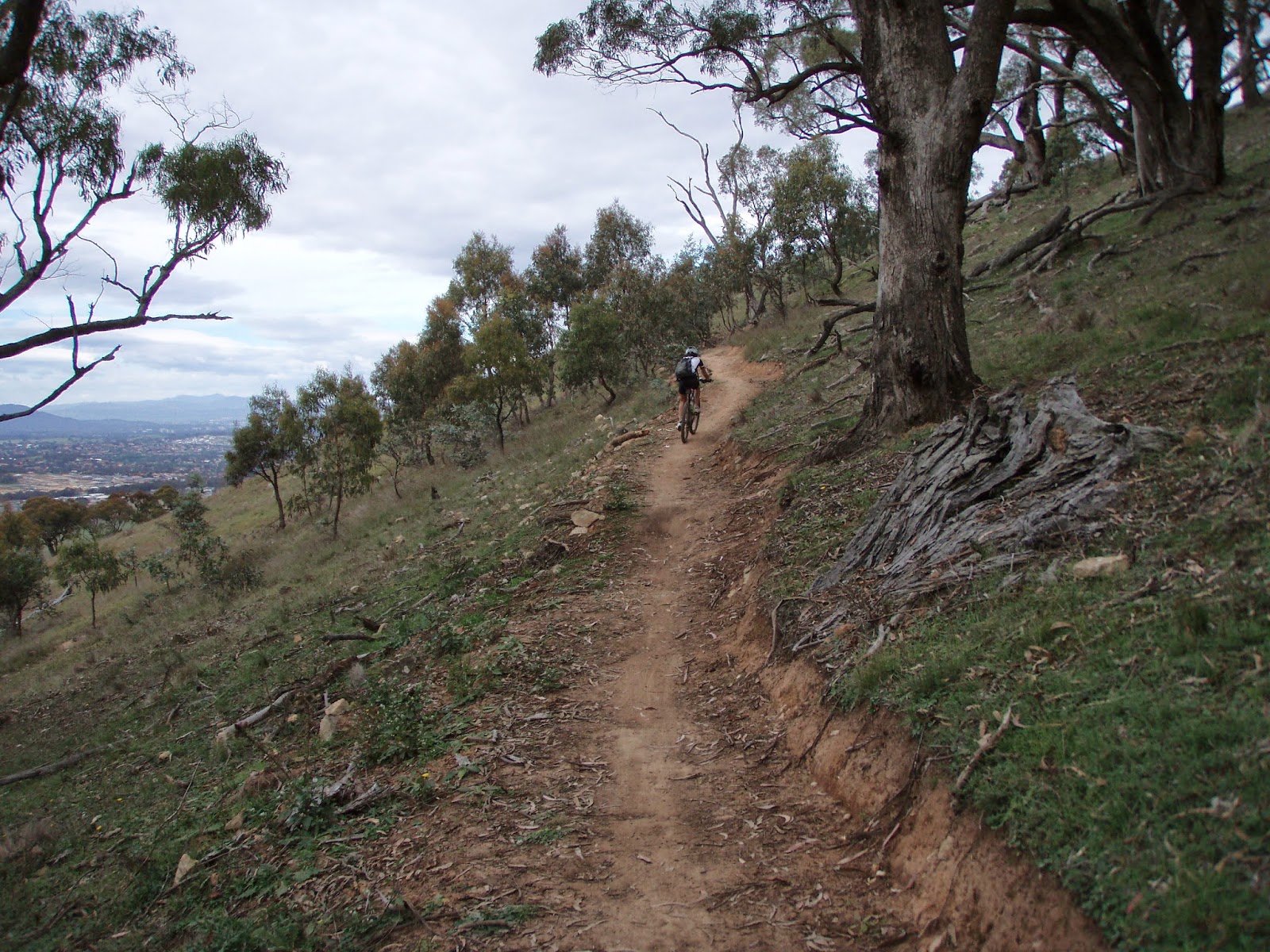 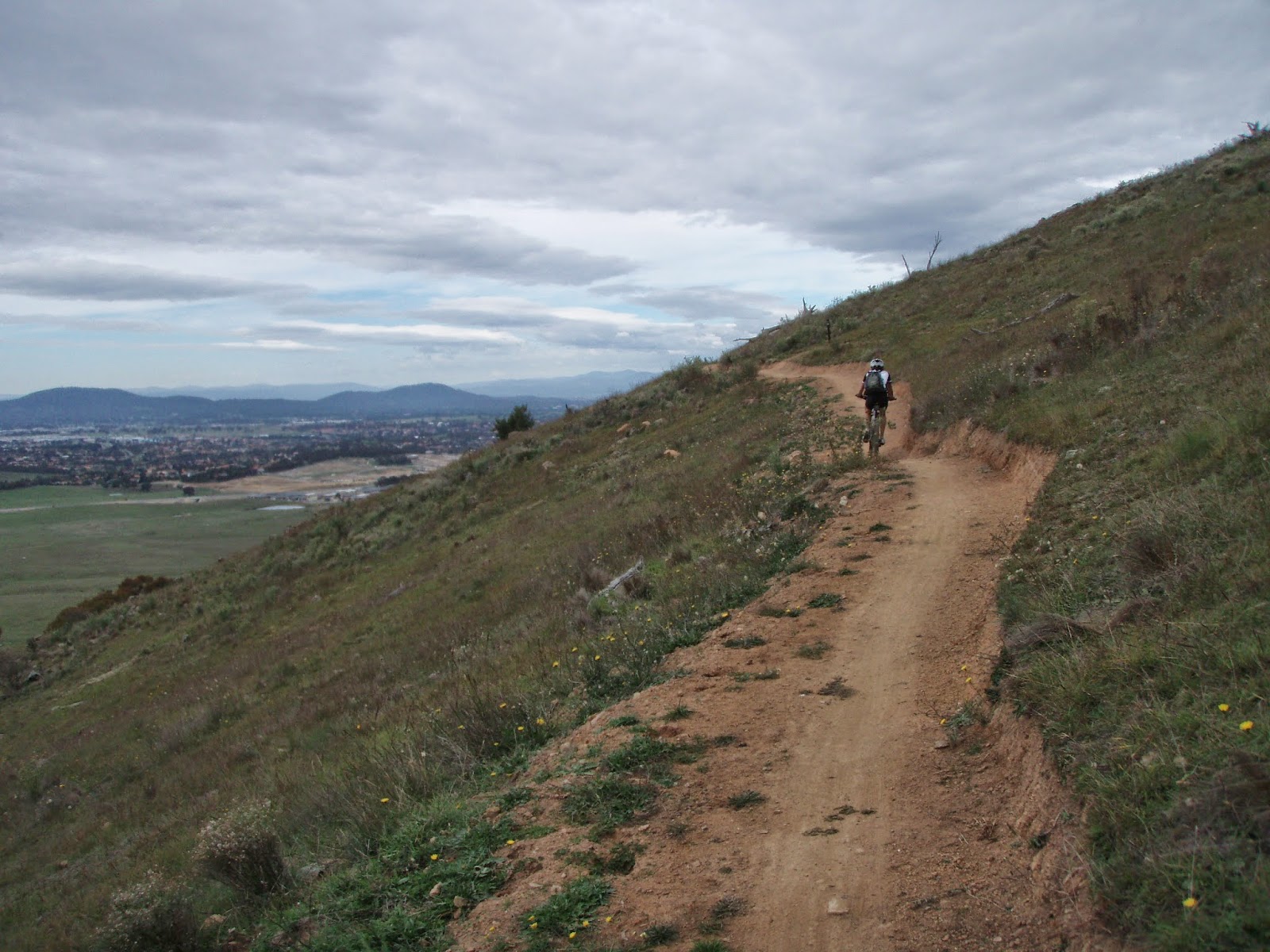 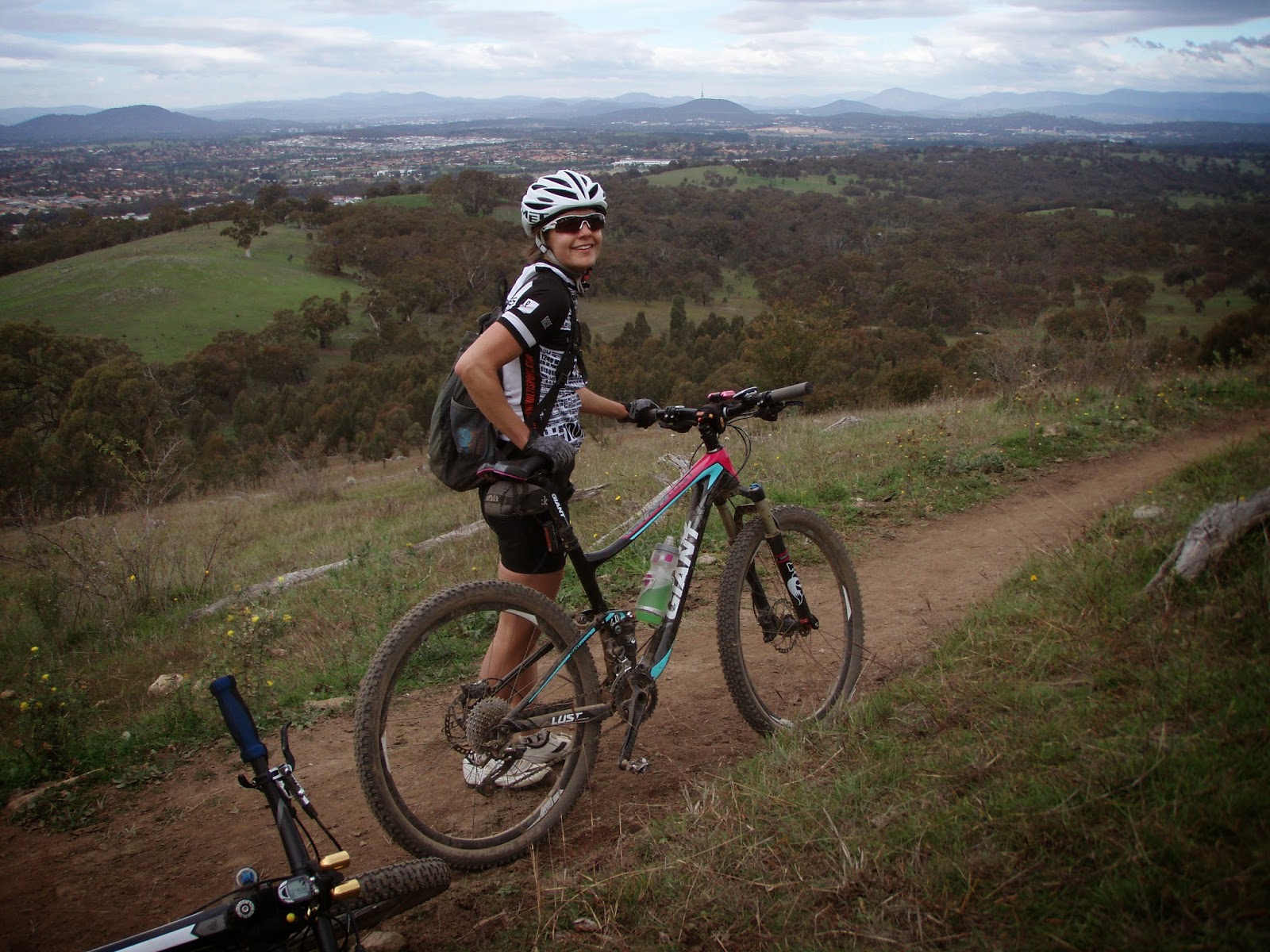 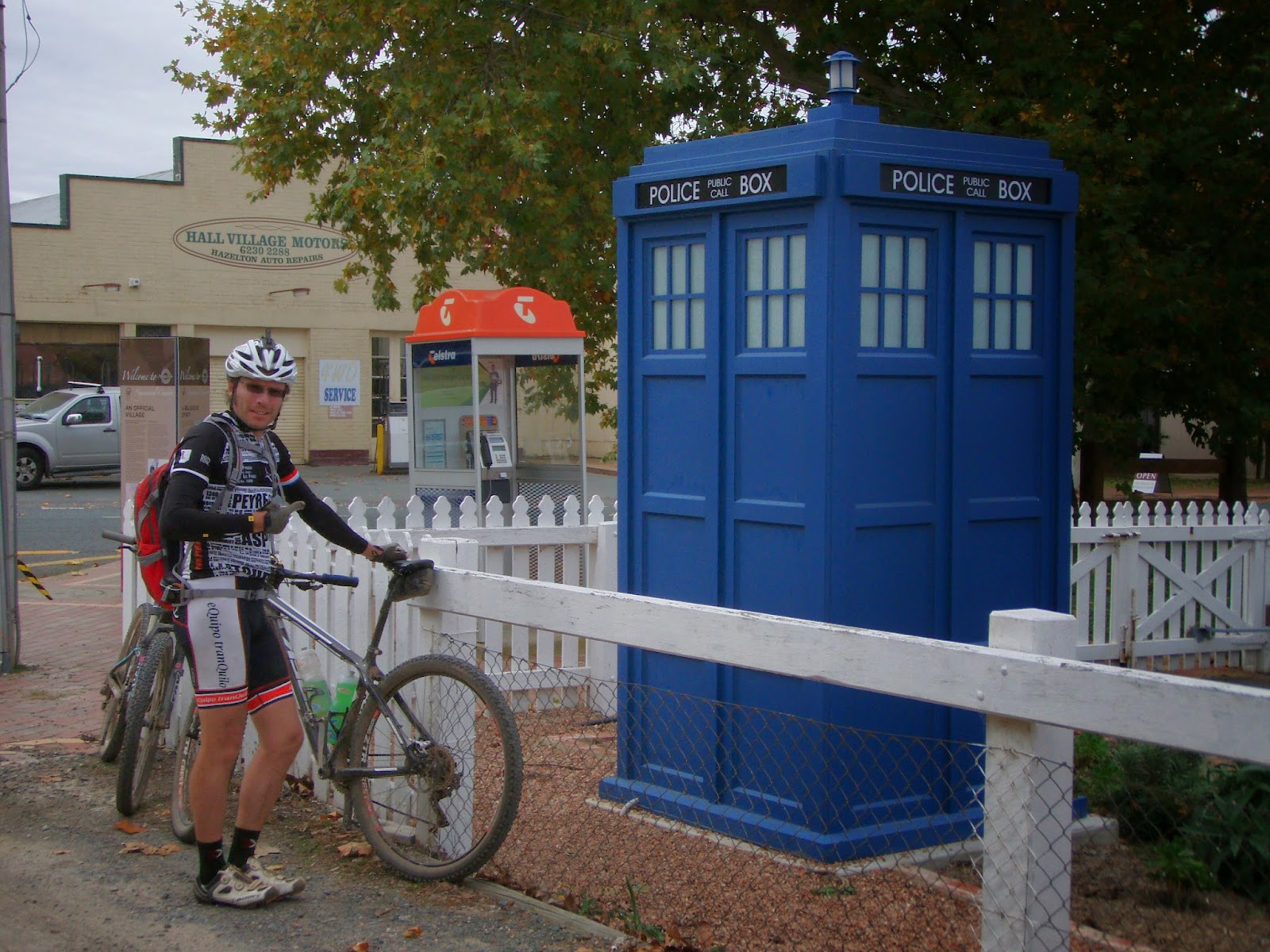 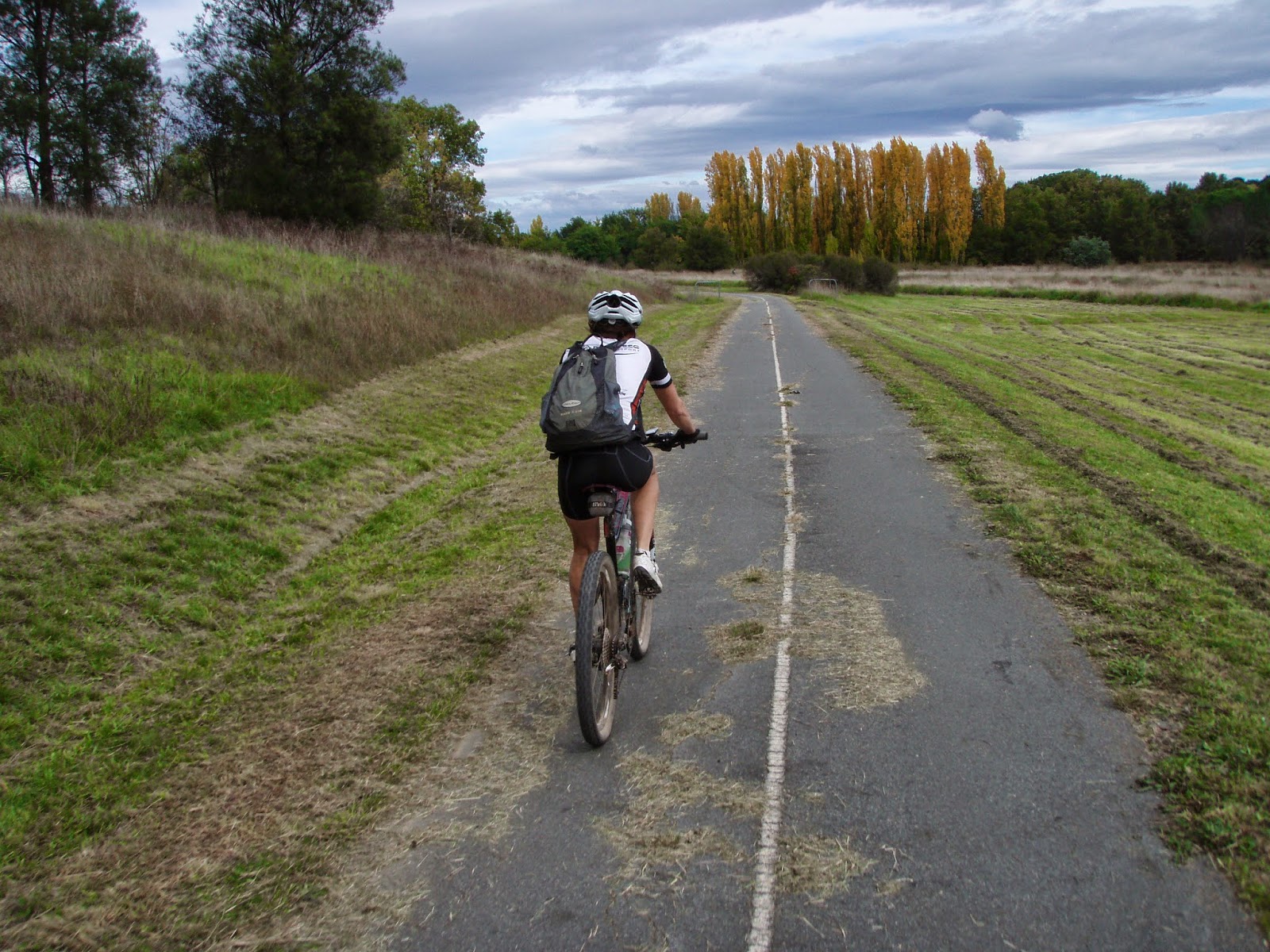 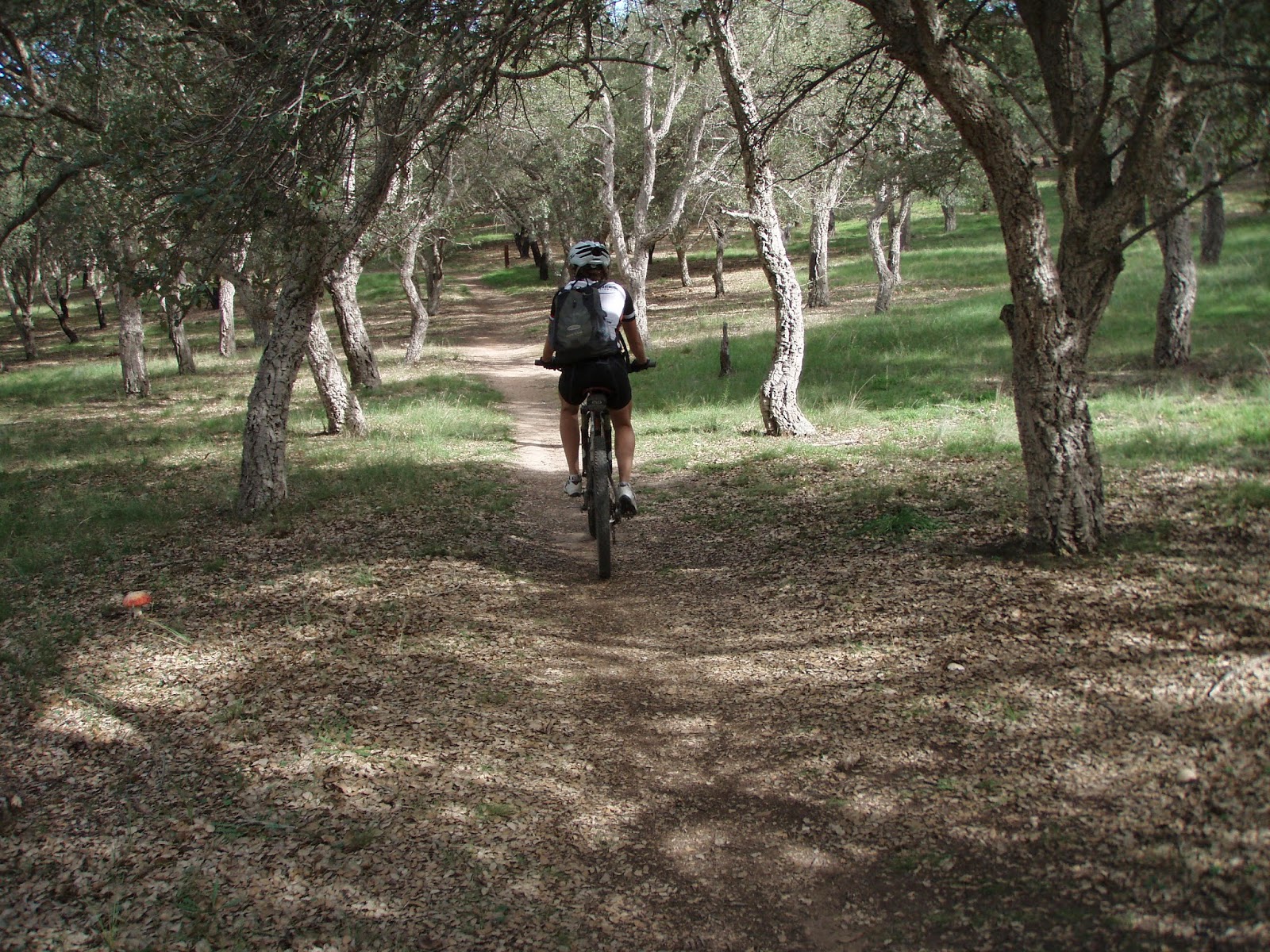 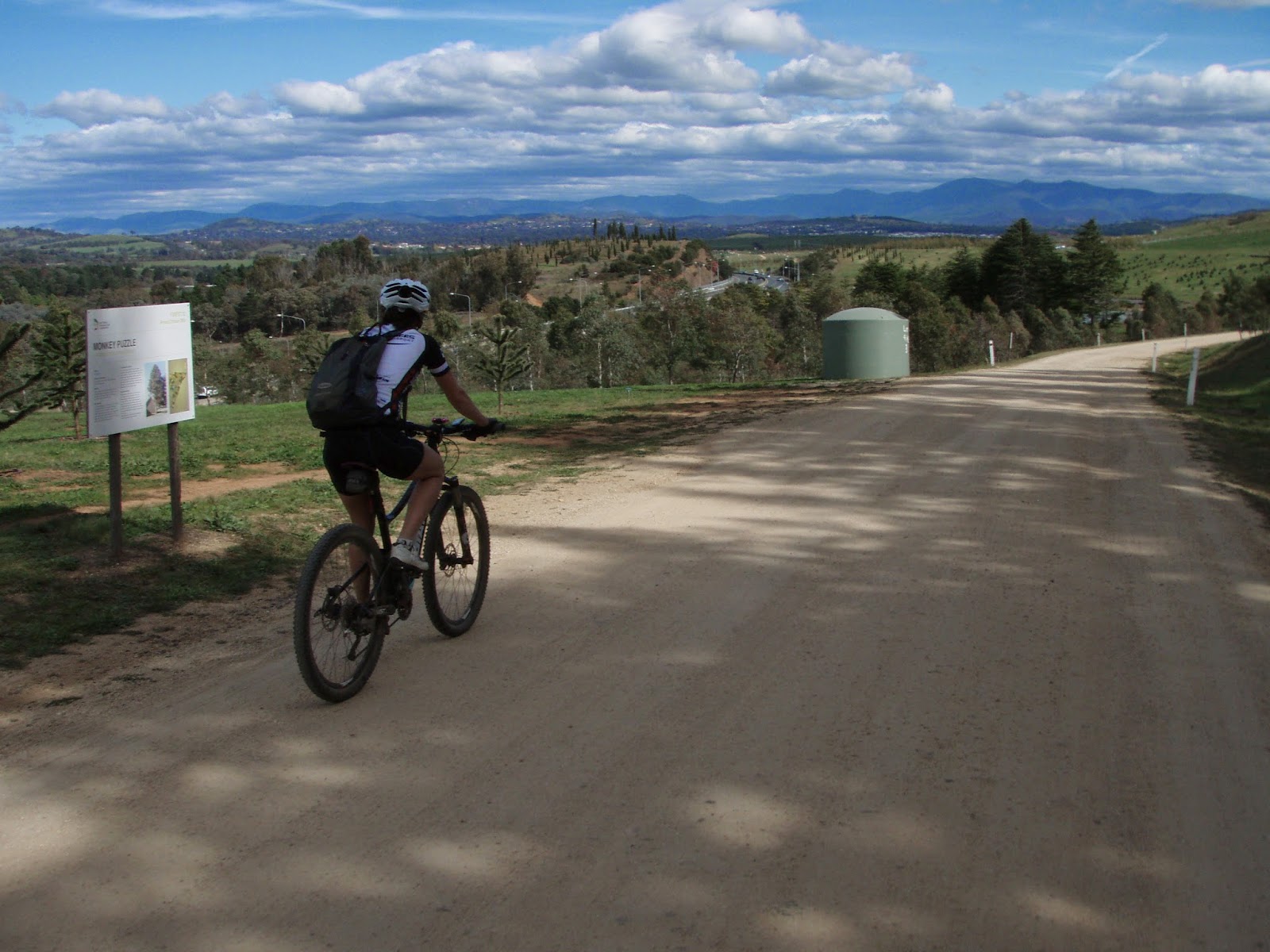 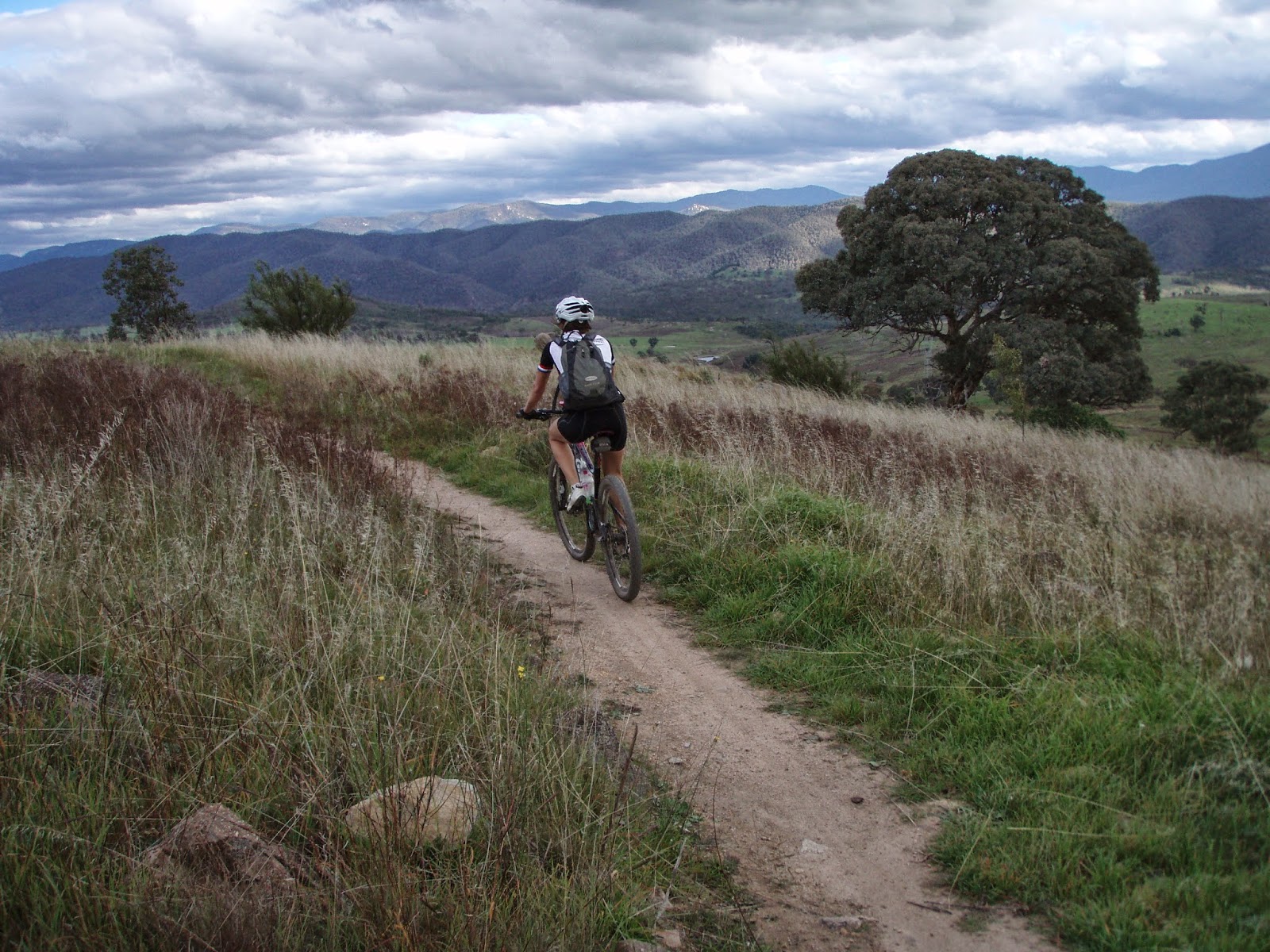 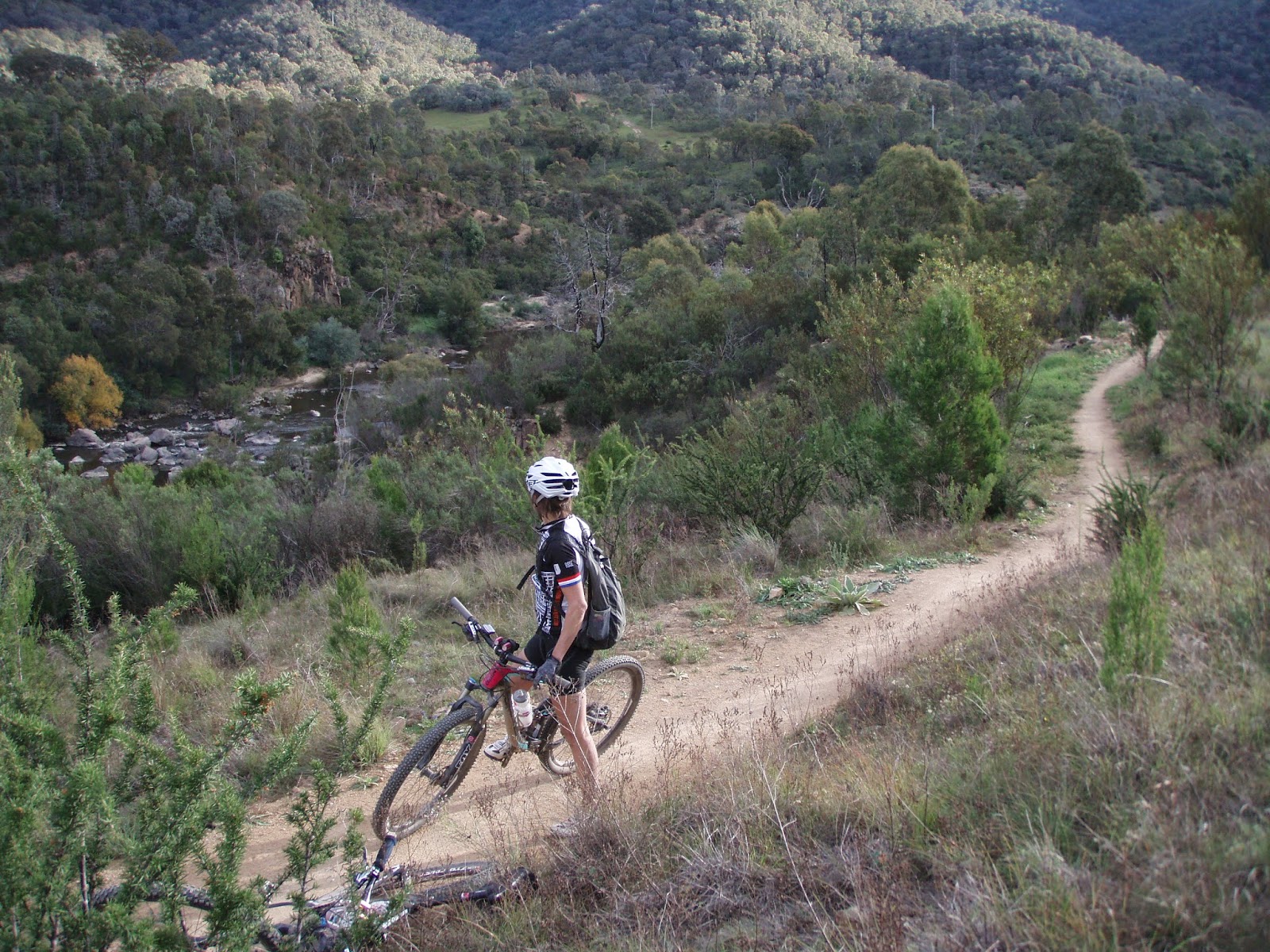 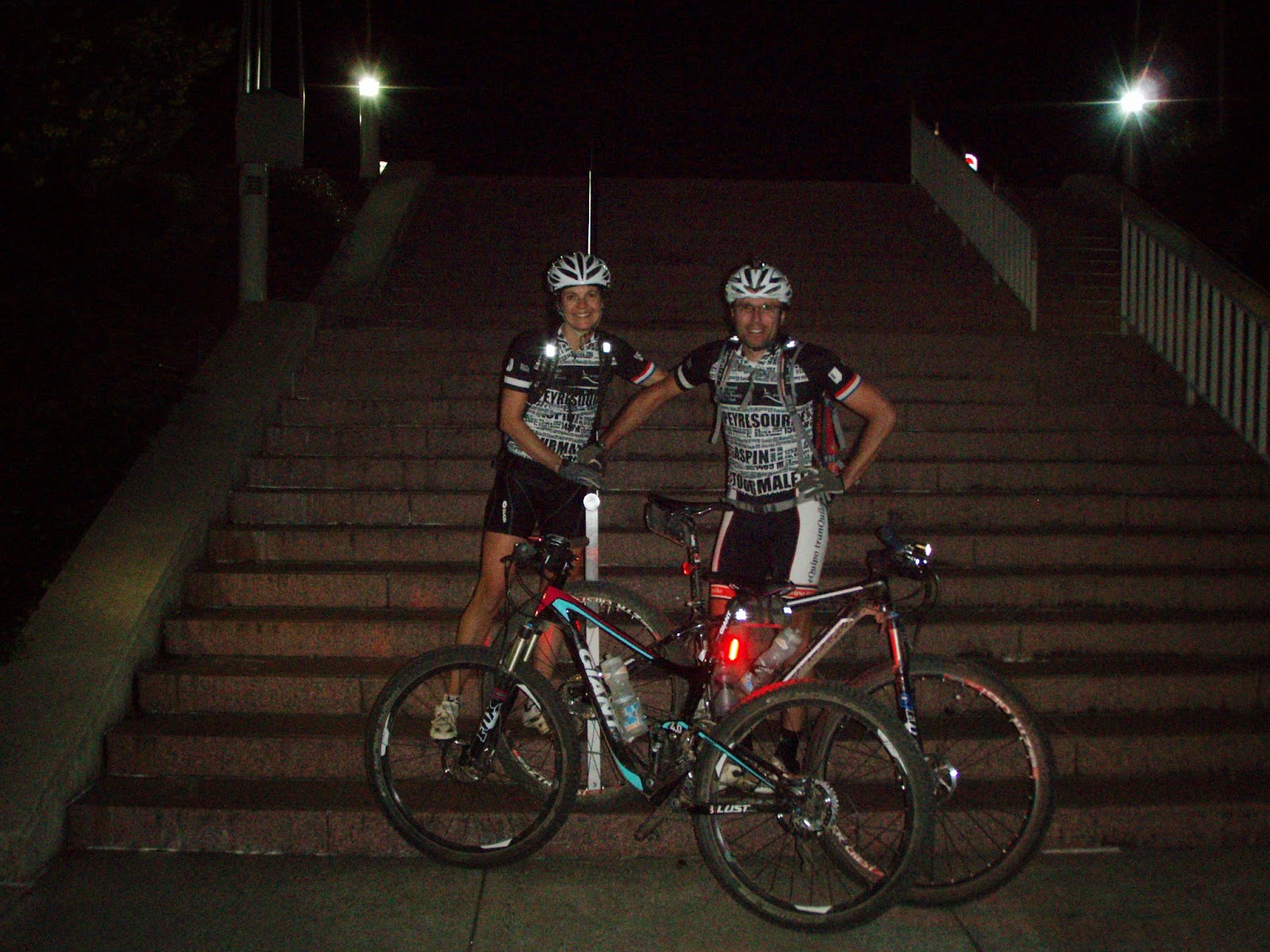 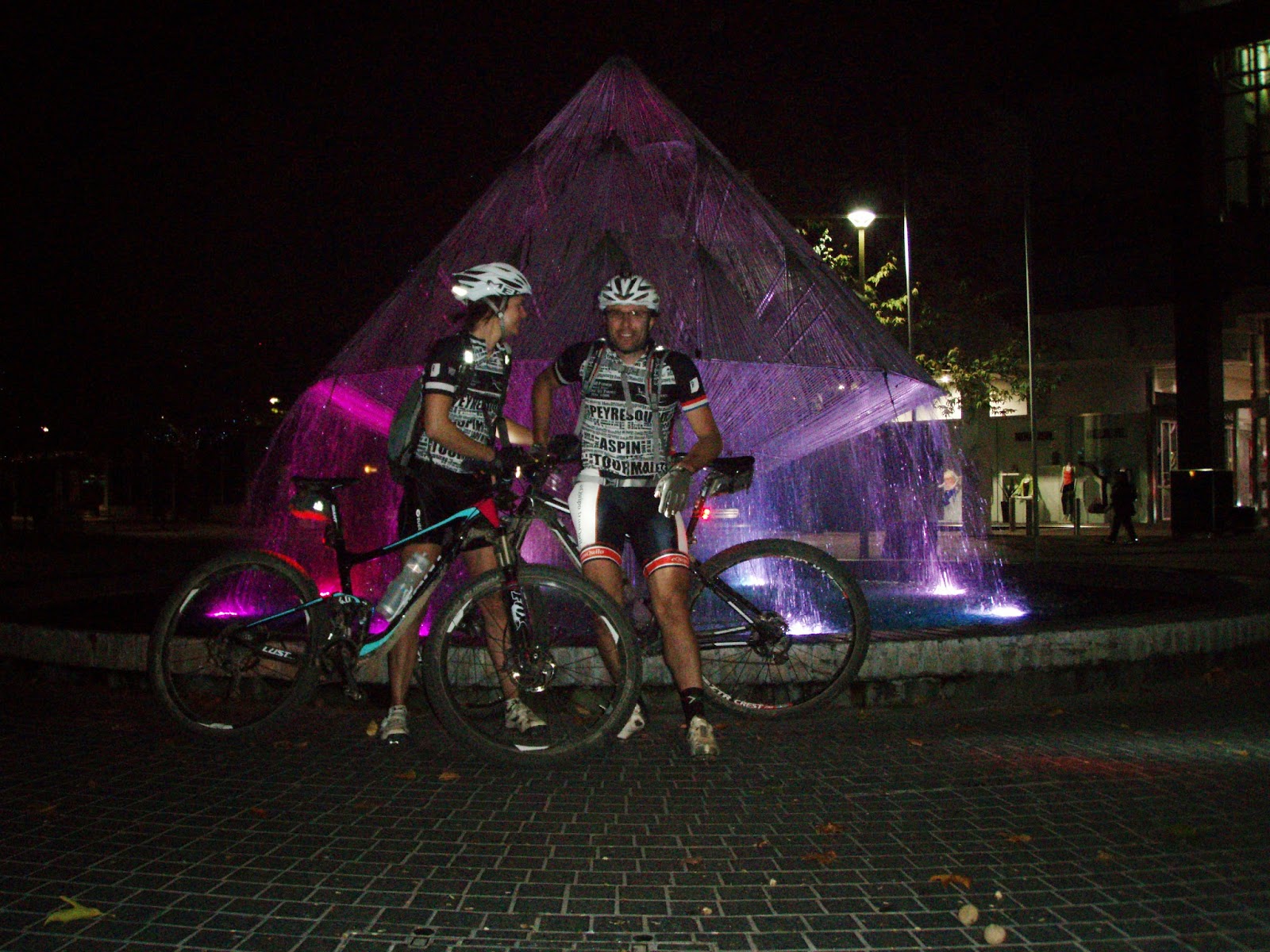