Once a year a bunch of us usually manage to get out for a blokes winter overnighter - with the obvious requisites of an evening fire and the imbibing of whiskey and other delights.  This year it was just Neil and I.  The route we chose started in Mountain Lagoon (just east of Bilpin, on the Bell line of road over the Blue Mtns), and pressed east then north into the Wollemi National Park, skirting along Mailes Ridge for ~5 km, before plunging the final 350 m down to a campsite on the lovely Colo river.

Terrific day for it - cool and breezy, with predictable jelly legs at the bottom.  It’s been incredibly dry throughout most of NSW over the last month, so it was somewhat comical that a light shower basted us whilst having a brief swim in the rather cool sandy river at the bottom - followed by some sunshine during which a few bottles of beer helped wash down Bhuja mix nibbles.  Neil provided the dinner in the form of spag bol, around a nice fire in a lovely open camp setting, which we had to ourselves.

Wicked cool winds throughout the night and following day.  Being an out and back route we started the next day by immediately having to gain 350 m over the first 1.5 km.  Lots of scrambling on a rocky track.  And lots of undulations and more climbing to get back to the car.  Don’t believe the accrued elevation proffered in various descriptions - (one report suggesting an ‘easy’ 580 m of vert).  According to my Etrex we gained over 350 m of elevation on the way out alone (despite starting at almost 600 m and ending at 30 m), and by the time we got back to the car had gained 1325 m total for the 27 km out and back.  No wonder my legs were trashed 2 days later.  That said, a really terrific walk through some lovely bush, with great views from the narrow ridge, and definitely worth another venture in coming years.  Thanks for a great time Neil!

Birds of the trip - a close-up ridge-eye view of a Peregrine Falcon repeatedly dive-bombing a Wedge-tail Eagle that was cruising the gorge just below us.  Not a sight you get to see every day.  PS - the campsite is a dead cert for Bassian Thrush. 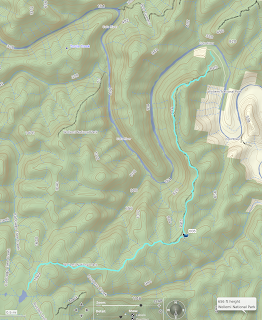 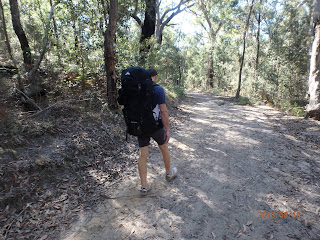 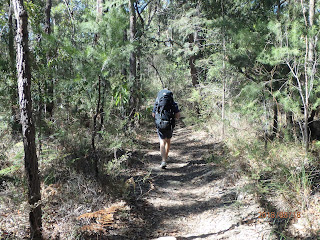 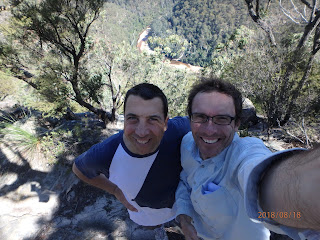 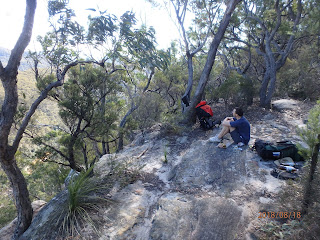 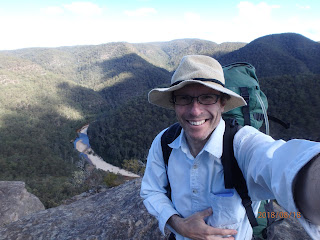 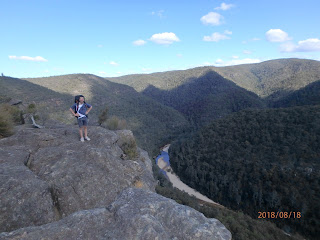 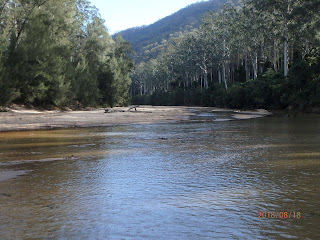 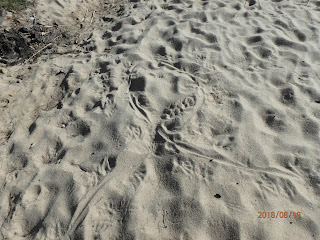 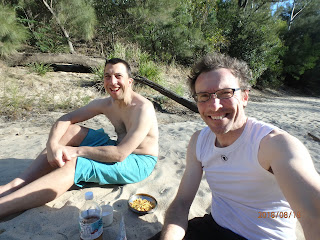 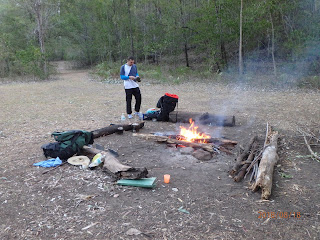 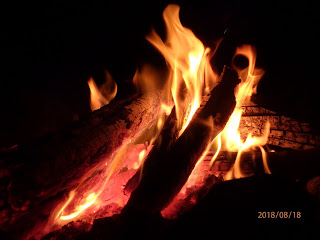 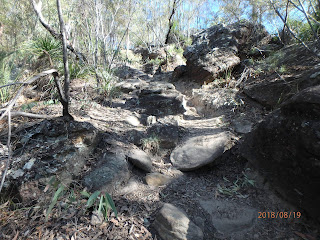 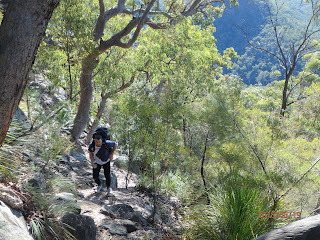 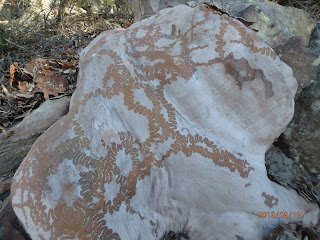 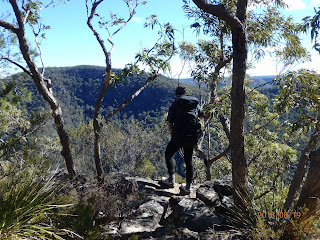 Posted by langles at Wednesday, August 22, 2018 No comments:

Posted by langles at Wednesday, August 22, 2018 No comments: