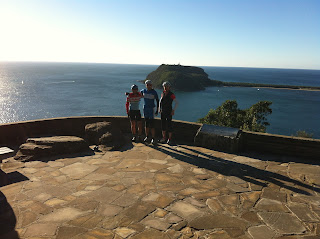 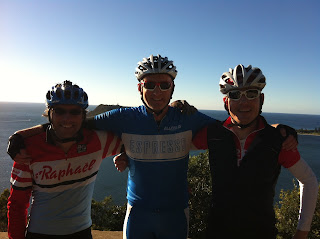 My main focus for the year, the Convict100 (nee Dirtworks100), has come and gone, fortunately without incident, although whilst I was swabbing myself down post-finish the sound and sight of a chopper passing overhead did make me nervous for the rest of the Soggies still out there.  Ham had done the course a few times previously – it would simply be a long grind for him given his preparation, but Mikey and Kev would be seeing the course for the first time.  Mike I also wasn’t too concerned about, as he has enough experience under the belt to know what he can/can’t go over/down, although the 100 is a considerable step up from the 50.

Kev, however, has only just crossed to the dark side, so for him this was more than just dipping toes in the water.  But he had just completed a skills course the weekend before, so what could possibly go wrong?  Plenty, in my mind's eye.  Although I had given my best prognosis of what to expect, every time I do this race (6th time now) I am shocked by the roughness and frequency of the rocky sectors – too many to sensibly catalogue.  At least he had the right machine – a 29er Anthem should get him through the course provided he didn’t panic, stayed loose and let the thing have its way.

I was actually in pretty good condition this year; lots of kms under the belt (6000), pretty fit, correct weight, and, more importantly, healthy.  Had a consistent buildup of events; 3peaks, Mont24, and (dare I mention it) B2B.  The last couple of years I’ve managed to shave the 5 hr mark (to the winners 4), finishing in the 50th-60th bracket overall (of 600+), and 10th (both years) in the 40-50 year age bracket.  I knew that from past experience I’d have to find another ~20-30 min to step up to the age category podium.  Given that in past editions I have been pretty balls-out just nailing 5 hours, this was going to be no mean feat.  Additionally, of the 9 who beat me last year, 8 had re-entered, and a gun from the ACT (Mr McAvoy) who is the world 24solo champion in my age group had also entered for the first time.

Come race day word was that the track was in good condition.  Fast, but with deep pools.  The track was indeed quick; firm and mostly dry, with not too many clay bits, but with just enough moisture to instill texture into the numerous sand traps.  Additionally, approx. 0.5 km of the first big descent of the day had been graded – this bit used to be gnarly to the extent that I’ve been over the bars there before.  But fast doesn’t mean void of ob-stacles. The rest of the thing seemed just as unforgiving as ever.

The last few years I’ve always gone hard at the start in an attempt to hold the leaders but blown badly by halfway, coupled with all sorts of lower back issues.  This year I’d done some running and core work in preparation, and planned to go a little easier for the first ¼.  I started mid-field in the first wave – keeping my nose out of the wind along the flats till the first main climb of the day.  I was keen to ride the entire thing this year, but the approach speeds were such that a few hundred meters in I started to blow and unclipped, content to walk for another few min, before riding out the rest of the climb at a more manageable pace.  [NB:  Felix and Ben, who did the 50 this year, both cleaned the climb, so well done!].  With the climb dispatched, I started the process of attaining a comfortable rhythm, with thoughts of overhauling the 100+ that had streamed ahead of me during the climb.  I knew I was behind where I was for the last few years but didn’t panic, and waited for the condensation to clear from my goggles, and for the legs to tell me they were ready to go harder, which they eventually did.  I rode the 2nd quarter (= rock garden sector #1) much better than I have before, pulling back riders, one by one, and went through the 50 km split in ~2:14, about 7 min quicker than I’ve managed before, and 10 min quicker than last year.  Most encouraging – no sign of cramp just yet, although like previous years my lower back had been an issue up until this point.

I chomped down a cliff bar and ground my way to the second major sector of rock gardens, getting through without incident, although I didn’t ride many of the little downhill runs particularly well, and had to dismount for a couple of the uphill stepped sections.  But at least I didn’t crater out like one of the riders a minute in front of me who was felled in “baby-head alley” towards the bottom of the first major descent.   I got spat onto the road at the same time as three others, two of which stopped at the feed.  I was again running a no-stop strategy and should have jumped ahead of the other chap who I allowed to gain the canoe bridge first.  Having let him on, I should also have given him another 10 meters, as the cavitation from his presence ~20 m ahead almost undid me.  I kept my eyes on the exit but knew I was running a bad line near the edge.  The guys manning the exit were encouraging me but with a tone betraying their belief that I was a certainty to be swimming the rest of it.  Somehow I held on to the edge for the last 1/3rd and exited to considerable applause.  That was close!

With the major ob-stacles accounted for it was now just a matter of getting to the end as fast as the pistons would allow.  The chap just ahead of me on the bridge cracked big time on the paddocks before we even re-gained the tarmac.  There was another rider further ahead who decided not to wait and join forces into the headwind.  So the road sector I rode by myself, along with the second major climb, and the interminable series of pinches that eventually gain the top of the course.   The odd rider was picked off here and there, but they were now far and few between, so the finishing order had basically been decided, it was just a matter of holding position.  It was about here, with all the climbing dispatched with, that I realized the 750 ml bottle on the frame was not going to get touched after all, so I ditched its contents.  The mega-plummet back to earth was fast but successful – in spite of some nasty sectors on the lower ramps.  The dude I caught just before the drop gapped me by 200m on the descent but I eventually brought him back just before the second river crossing – where both of us comically keeled over simultaneously in the sand traps – and again on the other side of the river!  This lightened the mood and we worked the last few km together, grateful that it was nearly over.

I stopped the clock at 4:39.  Good enough for 42nd overall, and 5th in the 40-50 year age category (a field here of 240).  Now I only need to find another 7 minutes of speed to gain the podium.  However, if improving is like sliding down an asymptote, maybe it’ll always be just out of reach.  We’ll see what happens next year.  Incidentally, 4 riders went under the race record, the winner by an incredible 10 minutes, to stop the clock at 3:48:11!  It was a nervous wait for the other Soggies to finish, but Ben and Felix informed me that they’d started together at the tail of the third wave, and come home together they did, all with smiles, soon to be followed by beer, steak sandwiches and chips.  Ham showed great courage to hang with the dudes despite preparation comprising zero kms.  Mikey seemed to have enjoyed the course most, reveling particularly in the challenges that each rock garden presented.  Ride of the day should go to Kev, IMO who, green as England, had an Oz experience he won't forget in a hurry.  I think he was a little shell-shocked at the end and, "not quite sure what to think of it".  Once again the weather gods obliged, with perfect cool conditions for racing and a warm afternoon for the dismantling of tents, swapping of stories and contemplations of next year.  How quickly the mind forgets.  Rock Wallaby anyone? 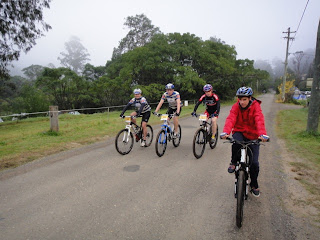 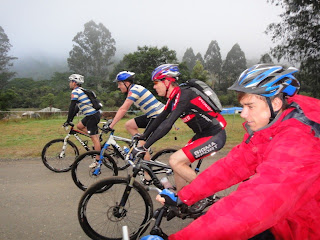 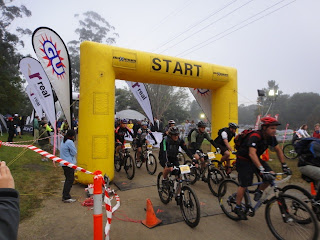 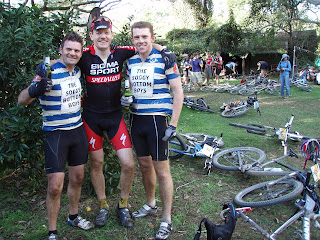 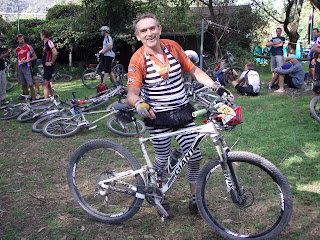 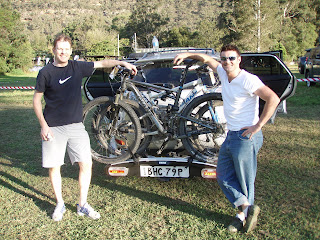 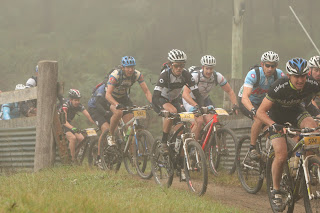 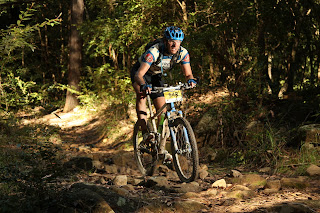 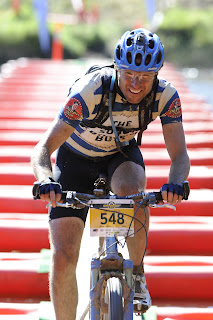 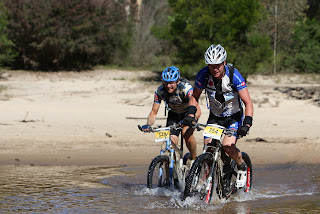 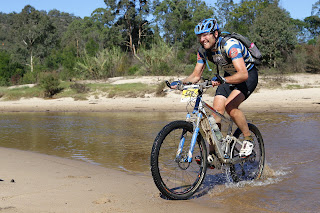