Once again it was time for the Lorne-Araps combo, although this one had a few more twists and turns than usual. The most obvious, which became apparent to me during the drive down, was news of the tremendous fires which that day ravaged much of Victoria. I knew it was going to be a hot drive, which concerned me as I had protein crystals to drop off to the Australian synchrotron at Monash Uni (east of Melbourne) en route to Lorne. But i had the car serviced earlier in the week and both car and air-conditioner held up well as i approached Holbrook where I planned to spend the night. Pretty amazing sunset, and still 46 C when I stepped out of the car at 8 pm! Typically, the pub had some commercial rubbish on the box, and it wasn't until the next morning that I realized that there had been a disaster unfolding the previous day and through the night. It now seems that over 200 people perished in the firestorms - Australia's worst peacetime disaster. According to the report there were about 8 houses lost in Horsham too. My assumption at the time was that climbing might well and truly be off the agenda - and a great shame if fires once again ravaged Araps, which struggles at the best of times.

Driving south through Victoria the following day was quite surreal. For several hours my vision was restricted to about 100 m due to the thick ash particulate in the air. Arrived at the Synchrotron smelling like a BBQ. Dropped off the samples, picked up Rob, and headed down to Lorne which cooled down immediately. 45 C one day, 19 C the next - what a swing in temperature! It remained cool for the duration of the conference, and I only managed a few swims. With the conference over I picked Anita up from the airport and we headed west destination Arapiles. Cruised into to camp - thankfully untorched - to find it reasonably busy. Inexplicably the prime campsite in the Gums was vacant, so we quickly moved in - a shame we would only be there for three nights, as I had to return to Melbourne for data collection at the Synchrotron and Anita had a Cerebral Palsy conference to attend back in Sydney. Now Araps can be a bit stifling at this time of year, but we were lucky enough to get three lovely days of climbing in, with the temperature barely scraping above 30, and conditions such that we could basically climb for most of the day in the sun - a rarity at this time of year. On the third day we concluded by climbing Skink (18), probably my favorite climb at Araps, and one that i haven't done for a few years now.

As Sunday afternoon drew to a close we packed it up and drove back to Melbourne. The following day Anita headed for the airport whilst I attended the synchrotron where I was trained in the use of a particular piece of equipment, which I proceeded to use to prepare samples till 3 am - a long day. The following morning I cleaned up my stuff at the synchrotron, then visited another lab at CSIRO in Parkville (just north of Melbourne) before starting the road trip back to Sydney. Stayed in Gundagai overnight then proceeded on to Canberra the next morning where I took in the Darwin exhibition at the Australian National Museum - well worth a look if you are passing by. In the afternoon I drove back to Sydney, where I am still trying to recover somewhat from what was an adventurous 1 and 1/2 weeks. 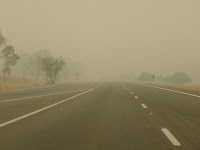 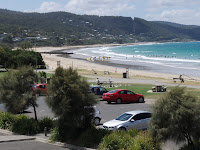 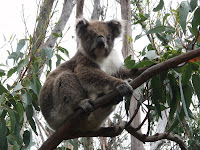 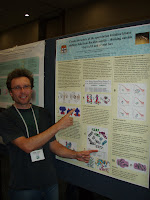 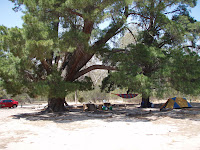 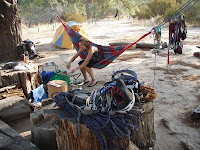 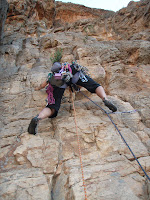 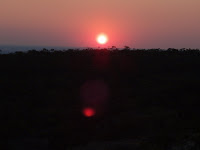 We started a little late on this one, and topped out just as the sun was about to disappear 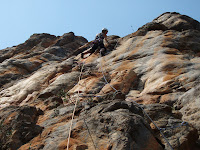 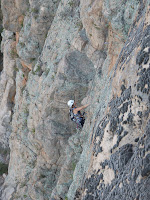 On the first pitch of "Deathwatch Beetle"...a grade 13 pitch full of grade 18 moves! 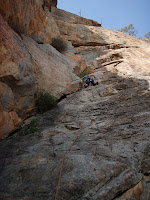 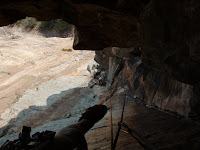 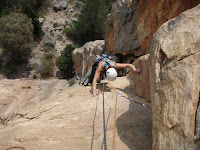 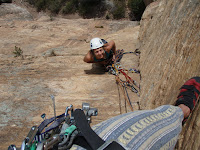 ....and at the semi-hanging belay at the end of the second pitch 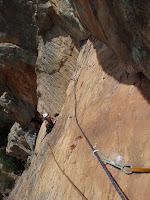 Leaving the belayer lashed to a sea of rock on the fine 3rd pitch (17).