The delicate sound of Summer 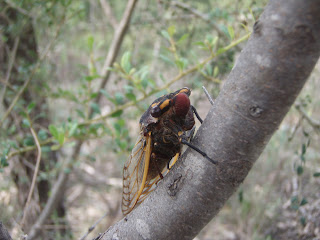 SRV; “It’s floodin down in Texas, all the telegraph lines are down...”

Most evidently it has been in QLD, but also in western NSW. Lots of roads, fence-lines and properties have been inundated over the last few months, although as compared to the current situation in SE QLD, most of the Cockies are fairly pleased about it – at least the ones we spoke to.  "Grass as high as an elephants eye".  The drought is certainly broke!

With the festivities of Xmas and New Years dispensed with (great party John and Franny), the Mudge and I packed the car and went bush for a little exploration. We headed to the Warrumbungles via the Golden Highway which cuts its way through the upper Hunter Valley. First port of call was the tiny town of Spring Hollow, where we picked up Double-Bar and Zebra Finch (closest i’ve seen the Zebs to Sydney) but dipped out on Platypus which reportedly inhabit the creek. All green, but as one might expect for this part of the Hunter. Delightful quiet town for camping(Caravan Park), despite the lone pub lacking a chef. Having climbed the escarpment immediately north of the town in the morning with “Doggles”, who obliged us with her company for the ~4 hr trek (all for the price of a few throws of a Frisbee), we headed on to the Bungles and a brief visit to the Siding Springs Observatory. A clouded vista of the great volcanic plugs that sprout from the park was transformed in minutes to one of driving hail and only meters of visibility as a squall blew in. Luckily we were able to shelter under the awning of the dome and marvel at yet another display of mother nature (always a “she” for some reason) flexing some muscle.

The park itself looked super – best i’ve ever seen it. The vestigial dustbowl of paddocks I recall blighting its centre are now transformed into thick green scrub – well on the way to restoration. Great to see! The suffocating crowds which i also recall owning the campground were replaced by a select few who largely had chosen to leave their stereos at home. The next day we did the Grand High Tops circuit, with great views of Belougery Spire, Crater Bluff, the Breadknife and the mighty north face of Bluff Mountain.  Birdwise, we ticked 2 Babblers (White Browed and Grey Crowned), got great views of Spotted Quail Thrush on the walk, nightjars on the wing, and I swear i heard the haunting wails of Bush Stone Curlew whilst on the crapper. According to the ranger these have not been recorded in the park for 15 years. Every creek we passed was running, the weir road crossings were mostly overflowing, and the debris deposited well above the water lines told of what must have transpired in previous weeks.

After a second night we headed further west to check out the Macquarie Marshes – the much talked about inland haven for all sorts of waterbirds. Unfortunately, in recent years the Marshes are more of note as a once-great swamp sucked to death by desperate farmers to the extent that the bulk of the old River Red Gums had not survived a decade of drought and deprivation.

[Postscript:  I'm informed that my rather flowery interpretation is not quite correct - see comment below.]

Things were notably different now. The enormous “puddles” that punctuated the usually brown landscape as we approached Gulargambone hinted at the status quo. The road through the middle of the marshes is under, as are many other roads in the area. We crossed the Macquarie River at Warren then headed north to Willie station (approx ½ way up the western edge of the Marshes – as far north as vehicles can travel at present). To get this far we had to negotiate rather large flows weeping across the flatlands at seemingly random points. It all seems so pancake flat. In my mind this is where the real outback begins - which i'm yet to explore.  We didn’t make it to the reed-beds, where birds are breeding in their 10s of thousands, but we didn’t care, and still got some great ticks that one struggles to get anywhere nearer the coast. Numerous White Winged Fairy-wrens and some new ticks for me; Chestnut Crowned Babbler, Bluebonnet and Pink-eared Duck. After a night in Warren we gradually made our way back to Sydney but this time via Mudgee and over the Blueies. At one stop along the way we got Whiteface and the fabulous Diamond Firetail, bringing our finch tally to 4 for the trip (still yet to tick Plum-headed). Apart from the greenness of the landscape, what really struck me as wonderful was the observation that every single weir, creek or bridge we passed/ crossed had water running in it/ under it – a phenomenon i’ve not seen before and i guess may never see again. 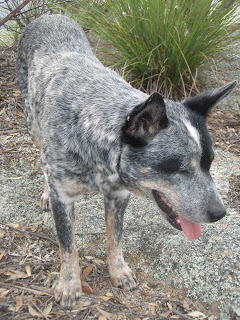 ﻿﻿The ever faithful "Doggles" - whom we were tempted to take with us upon exit.  That would have been stealing. 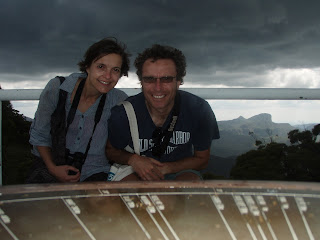 Cusp of the storm at the Anglo-Australian Telescope 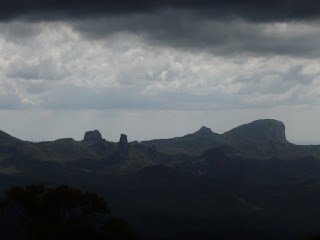 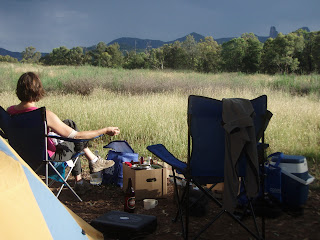 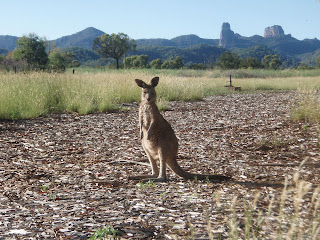 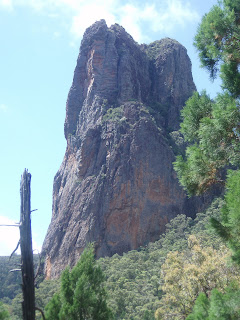 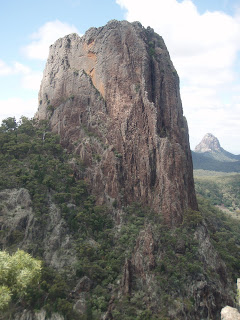 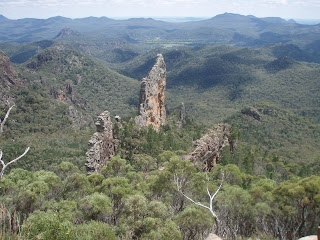 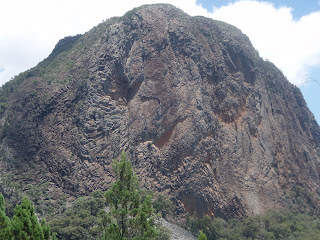 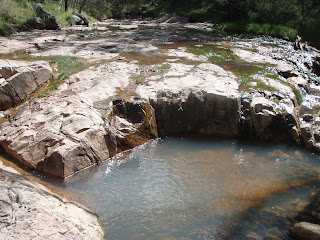 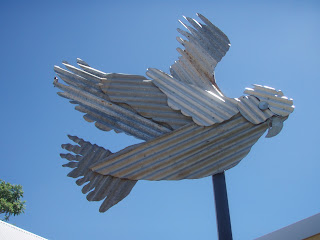 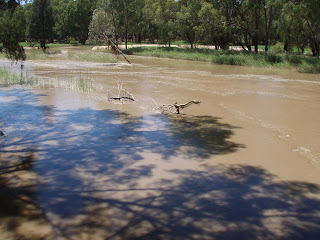 One of many swollen brown rivers
﻿﻿﻿ 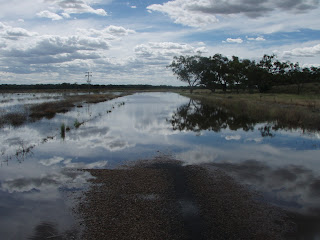 Another pause before ploughing through
﻿﻿ 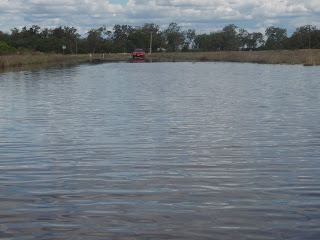 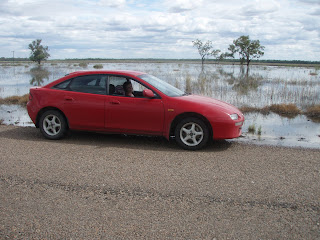 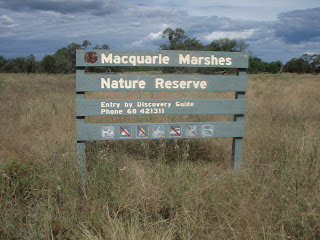 We finally make the edge of the Marshes... 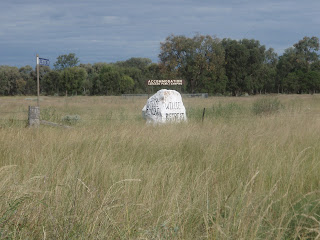 ...but didn't get much further. 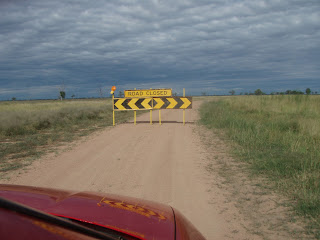 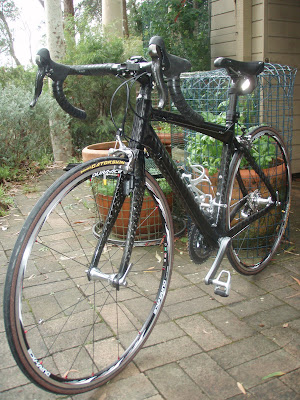 Ist cab off the rank;
Mix of new Ultegra, 105 and Dura-ace wheels.
Weight approx 8050 g (sans saddlebag and cage) with Conti wire bead tyres (290g ea). Shod with something racier we should come under 8.
Decals to come.
Posted by langles at Monday, January 03, 2011 8 comments:

Somewhat of a traditional way to welcome in the new year. Not quite as hot as previous editions, but we still had approx 30 C, a great paceline on the way home, a near miss, assorted navigational hiccups at the end, rounded off by a cafe with no coffee. Perfect! 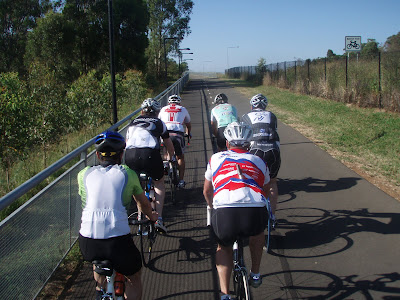