The Mont24 has been ridden and won...by some hotshots who nearly always snag it, but we didn’t care. There is a certain buzz just being part of a full-blown 24 event. Months ago Mikey put the feelers out and entered three teams – two 4s and a 6. The 4s had a theatrical bent, inspired by the Coen’s “Oh Brother Where Art Thou”, championed by GK who then followed through and organised some pretty KA jerseys, which attracted compliments from all and sundry. The Soggy Bottom Boys comprised Mikey S, GK, the Ham, and moi, all of us with 24s under our belts. The Soggier Bottom boys comprised 24hr virgins; Chris (ex triathlete), Kev (ex roadie), Mike H (ex gravity hound) and Iain (ex climber – relatively new to the cycling caper). Another 6, including Felix and Jasper , who were also competing in their first, long awaited 24 hr event, comprised team Megasaurarse.
The course was a new 18 km circuit, custom made for the event. Slightly easier and faster than the Sparrow Hill course, IMO, but none-the-less a real hoot, with large sections requiring little pedalling and lots of ooze to negotiate countless corners quickly.

Most of us arrived on the Friday eve and set up camp in a lovely grassy field in the overflow camping area. Good access to our preferred transition area was gained by straddling a nearby quilt-clad fence. A lovely race day dawned, and in no time it was midday and the race was under way. Chris, Felix and I lined up with another 550+ riders for the Le Mans start – which was quite a bit more of a run than has been used in previous years. Chris’s Tri-experience found him more towards the pointy end – he posted a 54 min split on the modified first lap, whilst i swallowed a mountain of dust to roll in 10 min later.

Kev was next for the SierBBs, putting in a fine split close to the hour. With a smile on his face, his first comment was along the lines of, “geeze my bike handling skills are rubbish”. Don’t worry Kev, those will come. For the SBBs Mikey suffered the indignity of three punctures to limp home in approx 90 min. A tube, donated by a competitor riding in nought but speedos and already containing a dozen patches, got him home! Excellent laps by novices Mike H and Iain had the SierBBs comfortably ahead of the SBBs after the first rotation. The second rotation, however, was punctuated by Chris suffering a rear wheel ejection (literally) which resulted in a heavy crash, cracked helmet and damaged knee. He did well to complete the lap but his race was over. This was a great shame as his combination of A-grade handling skills and big engine would have resulted in some impressive splits after the traffic of the first lap. Kev was next to bite the dust on his night lap. The result; bruised ribs and, understandably, the desire for a good night’s sleep. This sentiment was mirrored by Mike H and Iain, who having done their night laps were happy to take a more festive approach to the rest of the race, and maybe do some rotations the next morning.

Despite Mikey accumulating another puncture on his second lap (and hoofing the last 2 Ks on foot), the SBBs had no genuine reason not to keep rotating, which we duly did. Having lapped in the order 1234, 1234 , which took us through till ~10 pm, we resorted to the late shift strategy of 1212 (myself and Mikey) then 3434 (Ham and GK), to take us through to the dawn lap, which i got to ride. Everyone put in even splits through the night, making the changeovers seamless. Ham, in particular, was glowing about his night lap experiences – well worth the effort of extracting himself from the warmth of the sleeping bag and donning the stripes. An exhausted GK handed off to me at about 5:30 am as I headed out into the dark, but with the faint glow of an approaching sun making itself known. About 3/4 through the lap i was able to turn my lights off, and enjoy the relatively dust-free singletrack courtesy of some light rain which had begun falling. I handed over to Mikey as the rain strengthened. Word amongst those with radar was that heavy falls were on the way. They weren’t kidding. Before Mikey’s lap was done the rain was coming down hard, with no sign of abating. Despite having been a well oiled machine – no serious mechanicals, good splits, no missed transitions, all putting out etc, the SBBs decided to call it a day. A bit of a cop-out and betrayal of the name and the jersey, but it was going to be sufficiently annoying packing up a wet camp without adding lashings of mud to the equation. Hence, we finished with 18 laps. Had we kept rolling we probably would have accumulated 22 (to the winners 29), which would have been the most i have been associated with at a 24.

The SBBs ob-stacles were fortunately limited to 4 punctures. The SierBBs had two crashed-out riders to contend with. Not to miss the party, team Megasaurarse got into the act as well. Andy actually got the ball rolling with a dislocated shoulder on his recon lap before the 24 had actually gotten under way. Luckily Ben, who himself is ironically recovering from shoulder surgery, was present to help with a trip to the hospital where a good dose of morphine was administered. Speedy recovery Andy and Chris! Meanwhile Jasper managed to have his rear derailleur completely ripped off by a passing rider. Poor form but maybe a good case for an upgrade. And Ben must have been missing the bump and grind of competition to the extent that he incapacitated his car in solidarity. We need to get that man back on a bike. Somehow we all made it home safely.

Although the end was a bit a washout, and collectively we had more than our fair-share of un-cleared ob-stacles, I think the general mood was still a good one. I know i’ve said it before, but i’m still dreaming about it and looking forward to the next 24hr adventure. 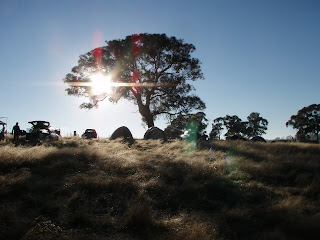 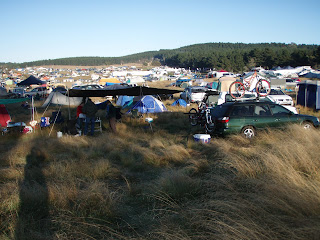 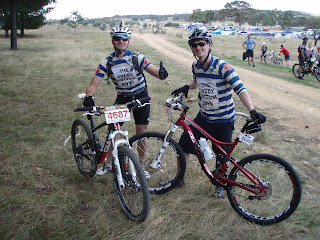 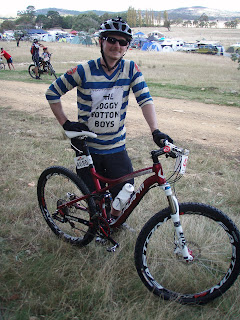 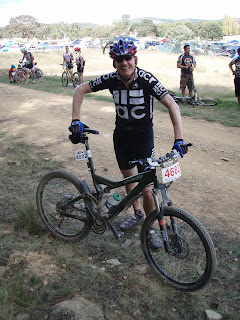 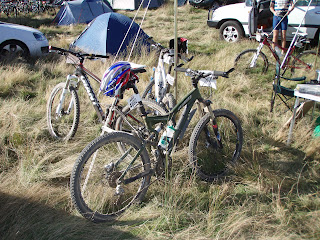 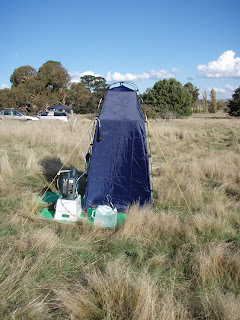 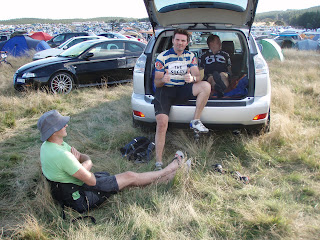 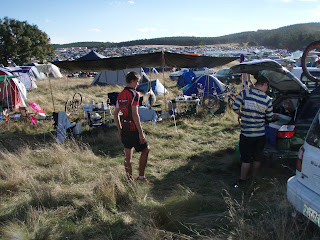 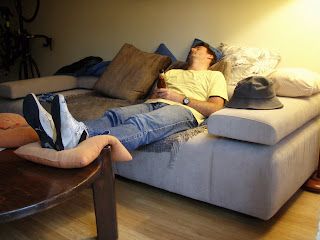 Time to break out the fatties 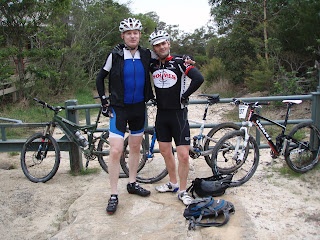