I’ve just returned from my first visit to Japan where I attended the conference of the International Union of Crystallographers (IUCR) – a body which meets on such a scale every 3 years. It was a fairly heavy affair with ~ 3000 delegates and 7 sessions running concurrently, which meant the usual shenanigans of traipsing from one lecture theatre to the next, to keep track of desired subject matter. This was all fairly exhausting, especially when considering that the thing ran for a week. When we weren’t in lectures we were on our feet, either presenting or purusing posters and interrogating their owners. It was nice to put a few names on faces, even those of the competition. In two instances I happened upon posters which looked eerily familiar to stuff I have worked on. One was from a Japanese group that also worked on amine oxidases (on which I have published a handful of papers). The other was from the Japanese/Thai group who gazzumped me with their structure on PfODCase, which I still managed to publish non-the-less. I’ve moved on from both projects, but it was sobering to realize that there are probably groups doing exactly what I’m doing at present. Although the science was generally pretty absorbing, socially the conference didn’t have too much going for it, which meant that we had to fend for ourselves in the evenings – which we did, of course, with gusto.

The venue hosting the event was a massive building called the Osaka cube, which stands on 4 stilts with enough vacuum under it to house the entire biochemistry building in which I work. Our hotel was a casual ~15 min stroll away, but even this distance I found to be an inconvenience in the tremendous heat and humidity that greeted us every morning and persisted late into the night. I don’t think there was a day of the trip where it didn’t rain. I’m just not built for a hot muggy climate. The locals have a better grip on how to get around – predominantly by bicycles, which are of the type not meant for speed, but for cruising the generally pancake-flat streets. I had no idea that such a bicycle culture existed in Japan. Dinners generally consisted of stumbling upon a hole-in-the-wall restaurant, ascending of descending a narrow staircase into a series of petit rooms, staring bewilderingly at a menu we couldn’t read, and pointing at a rang of selections down the page, tempered by the prices, which were the only components of the menus we could understand with any certainty [Japanese script comes in 3 flavours; Kanji (picture words – about 2000 of these), and Hiragana and Katagana (also funky character sets but both phonetic – and equally difficult to learn)]. We usually opted for the little restaurants without picture menus in order to get something authentically Japanese and not westernized. The hosts were very gracious, sometimes knowing no English at all, but we were always welcomed with smiles, never went hungry, and the food was nearly always delicious (oyshii) and relatively inexpensive. One restaurant turned out to specialize in chicken – in fact, only chicken – as we discovered (specialty restaurants are very common in Japan). We asked them via the phrase book to choose for us and out came dishes ranging from raw chicken skin all the way to the other bits of the bird, cooked in various ways…the whole bird, basically. Just as it rained every day, we satiated our thirsts with beer every day – lots of it, usually lager style and generally very good quality (Sapporo, Asahi, Kirin etc). On several occasions we also indulged in a bit of dry Sake – which brought at least one of us undone on one evening.

Although Japan can be a daunting place for a westerner to visit, you only have to unfold a map in the street and within about 30 sec someone will approach you and in broken English try to get you sorted. This happened upon my arrival at the Airport, where the fellow who helped me actually followed me down a few sets of elevators and passages to make sure I got on the right train. The rail staff were also phenomenal, with most knowing sufficient English to head you in the right direction – something that would be unimaginable from your average SRA staff.

With the conference dealt with, the Willing (John, Mugda and I) fared well the Unwilling (Aaron and DJ), and left Osaka on the Shinkansen (Bullet train), direction Mt Fuji. It pretty much rained all the way and I was fairly confident that there would be no way of being able to climb it, which was disappointing as when I originally signed up for the trip climbing Fuji was one of my main objectives. I must admit I also had my reservations about the climb. For one, Mt Fuji (3776m) is a big mountain, basically the same size as Mt Cook, although without the technical approach and savage ice slopes and turret. Although not technical, and with no ice/snow to contend with at this time of year, it is still big, and we could expect sub zero temperatures, thin air, possible mild altitude sickness, and if there was a combination of rain/snow and high winds, real danger exposure-wise. Additionally, the style in which most people climb Fuji is through the night such that the ascentionist can experience the sun rising over the land of the rising sun (the way it should be climbed!). Of the three of us, I was the only one with mountaineering experience, and only John and I had quality gear (breathable shells, head torches, sleeping bags).

There are multiple trails up the mountain, and numerous lodges one can stay in during an ascent. As all of these were booked, we ended up walking in from what turned out to be one of the longer routes, starting from where the bus dropped us at 1450 m. The rain and clouds had cleared sufficiently to give us the confidence of starting at 5 pm. I expected it to be a predominantly rocky path. This turned out to be true only for the last ¼, with the bulk of the mountain consisting of a massive pile of pea/grape sized pumice – basically the biggest pile of gravel I’ve ever seem in my life. Of the 2300m vertical we had to gain, most of this was done with feet sliding backwards with every step – grueling stuff. We stopped occasionally to sit out showers and marvel at the city lights piercing breaks in the clouds below. Higher up we took frequent breaks for breathers. We got to 3000 m at 11 pm, and bunked down for a few hours of fitfull dozing before resuming the slog. The temperature was probably about 5 degrees at this point – much warmer than I was expecting, and although it periodically drizzled, it was mostly jungle mist and there was no appreciable wind to speak of – we were lucky! There were only a few other parties on the same route, which we periodically leapfrogged on the way up. During the last hour however, climbers seemed to teem out of the higher hugs (below us) and begin the final push for the top. We topped out on the rim at 4:15 am, and to our great surprise found that there were already 100s of people up there, most teeming up via different routes. The trails of torches weaving up the slopes were very "Lord of the Rings". Most of the parties were young Japanese teenagers – I gather it’s one of the done things for the young Jap. When dawn eventually broke the sun struggled to penetrate heavy cloud on the horizon, but it was still a grand sight which we watched for a couple of hours. Enthusiastic cheering would occur whenever the sun did manage to momentarily break through and rays shot over the cloud bed which still hugged the valleys below (cue thoughts of the old imperial flag).

Once the sun got higher and the commotion had died down somewhat, we completed our circumnavigation of the crater (there were still hundreds making their way up) then started the descent back down the same path. John and I both had cracking headaches (mine due to dehydration, John's aided by victory sake), and we were eager to get the bulk of the descent done before we got roaster by the sun heating all that gravel - no doubt another plus for doing it at night. Fortunately, the slopes which had proved so arduous to ascend were a synch to get down, almost glissade style. What had taken us 11 hrs to get up we bombed down, back into the heat and humidity, in 3 sharp. That afternoon John and I fare-welled Mugda, who exited direction Kyoto, and jumped on another bullet train for Tokyo.
What a city! Makes NYC look like nyc. And the public transport system just has to be seen to be believed. Had a few days kicking around and consuming more beer along with John, Aaron and DJ (my liver needs a holiday from the holiday) before I jumped on another Shinkansen, and bombed the 400 km (as the crow flies) from Tokyo to Osaka in 3 hrs flat (too easy), then onto the big bird for home. 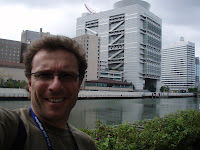 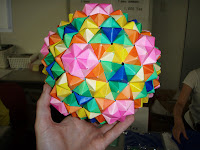 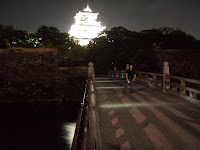 Overexposed Osaka castle. Upon approach we had fireworks whistle past our ears coutesy of nearby youfs engaging in a fireworks fight. All fun and games until... 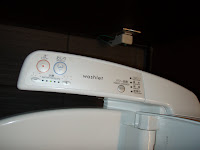 Ground control to major Tom. The Japanese really have a few issues when it comes to the bathroom. 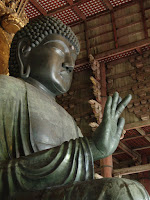 The 40-ft bronze Buddha at Nara, perhaps comtemplating which button to press. 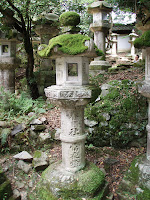 Nara is full of statues such as this, into which a candles are placed at night. Must be quite a sight. 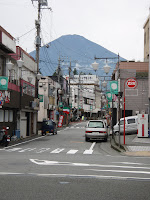 Mt Fuji looms above the local town - not quite as speccy without the snow-dome. Pre 1950 it was white capped year round - global warming in action. 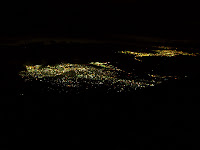 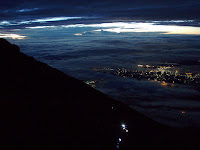 The crack of dawn 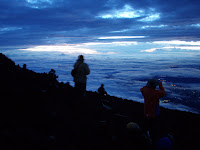 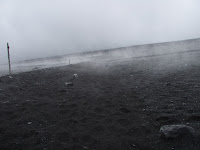 Jungle mist rolling back in on the descent
Posted by langles at Wednesday, September 03, 2008 No comments: