Last Harrah for the Hamster

By the time Ham reads this, he’ll be in the US of A, where they have been kind enough to change the government for his imminent arrival. But I like to think I had something to do with it as well. Andy K suggested that my acquisition of a mobile phone might have constituted the anomalous flap of the butterfly’s wings that kicked off recent happenings – Howard’s end, the current economic meltdown, Sarah Palin running for office, Obama getting elected. Maybe when I lose or break the thing (dis)order will be restored.

It was a great evening Lisa and Ham. You’ll be missed! Ham, hope your flight was OK and you’re settling in, and Lisa, I hope the beaurocratic delay is not prolonged. Ham, we are expecting “Hamsterelli version 2” to keep us informed as to how “evrythang” is in that strange part of the world.

For me it’s been a mad couple of weeks, trying to prepare samples for an overseas experiment – and somehow just nailing them at the death (I think). Add to this the scramble to lodge a fellowship application - that's another story. I’ll be in Washington DC for a week, before skipping over to the Czech Republic to touch base with Karel and drown myself in Gambrinus and Boskov. If I manage it I’ll try to post a report en route. 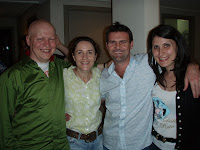 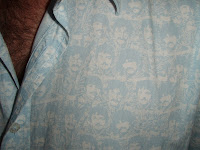 I love that shirt 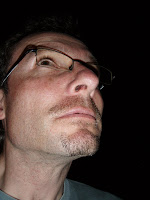