I was on the road a little earlier than Bryan but he soon caught me and surged ahead.  I was past trying to match tempos and just focused on tapping out something I felt I could achieve without wrecking the machine further.  The first climb of the day was a pleasant gentle affair, through lovely pasture with a smatterings of cows, before affording great views of Mt Fleecer, with the town of Butte at its base.  On descending into Butte I missed the contrived entry and had to backtrack and negotiate a short segment of tight singletrack, eventually parking outside the local Safeway.  It had been a bloody cold morning, so a large cup of hot soup, some drinking yoghurt, and some good quality bagels hit the spot.  It's so hard to find unsweetened bread in the US so I bought a whole bag of bagels for later, along with my usual resupply bits and pieces.  Bryan turned up at the Safeway a little later, having first scoured various establishments for coffee.

I headed off and soon Bryan caught me up, then surged ahead again.  I was enjoying dictating my own pace, content in the knowledge that although I was on the verge of falling apart, everything still seemed to be holding, for now.  Even the saddle sores I'd accrued in the first few days were behaving in the context of the different set of knicks.  A few bagels later I was feeling unusually good, reeled Bryan in and surged over the next climb, catching another rider I'd met at the bike store in Helena, Tyler Ubinger, before walking sections of the bald hill that takes one to the Fleecer ridge decent.  I rode this down to the tree line, then (painfully) hobbled the rest.  Bryan came past me riding the whole thing.  Chapeau!  I think I could have managed it too, however if I'd KO'd myself courtesy of one entirely predictable segment I would never have heard the end of it.

Bryan and I continued our decent down to the road and the Wise River store for another episode of resupply, a game also played out by Tyler, who arrived shortly after us, and Nic and Peter, naturally there before us.  Bryan, Nic, Tyler, Peter and I now faced a pretty solid march on sealed roads up a long valley, with the outpost of Polaris, as well as some swanky lodges, waiting on the other side.  Bryan and I had plans to go a little further down the other side and camp in Bannack State Park.  We set off together-ish, but I didn't try to hold the others with their fandangled aero setups and watts to burn.  Although sealed, into a headwind this climb was a real beast.

After what seemed like hours I crested and cruised down the other side in fading light and was torn as to whether to cut the day short of the kms I needed and spend a night in lush digs at the Hight Mountain Lodge.  This was a pivotal moment for me.  I knew that if I bailed at this point I was basically conceding I didn't have what it took for the Tour Divide in the time frame I'd nominated.  In the days that had already passed I was OK up to about the 160 km mark, but the extra hours to get over 200 were proving a real struggle.  In any case, I'd made a casual agreement to bivvy with Bryan at a certain spot and I didn't want to let him down, so somewhat reluctantly I let the driveway to High Mountain Lodge slip past as gravity pulled me into the darkness of a wide expansive valley, quite unlike anything I'd seen thus far - an alpine desert of saltbush and sage, of darkness, stars and the silhouette of distant peaks.  It was truly tranquil and beautiful!
An hour or so later I pulled into Bannack State park, and cruised the camping area to find no other Dividers present, but there were an elderly couple who'd been following the race and we chatted for a little while before setting up my bivvy.  Just as I was settling in Tyler arrived.  He'd booked a room in a lodge near Polaris but missed it in the dark, so ended up pitching here as well.  Nice campsite, I liked it! 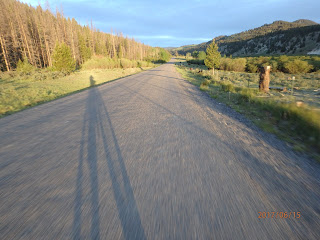 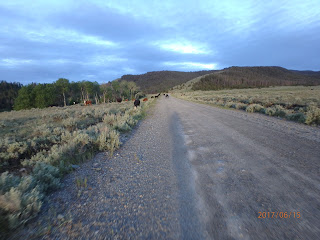 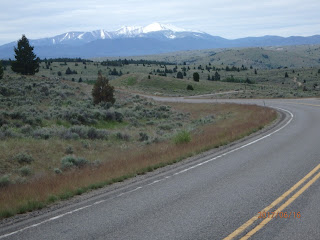 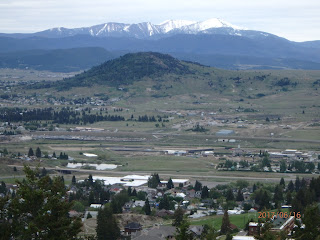 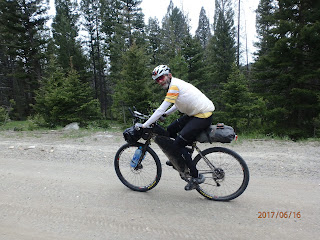 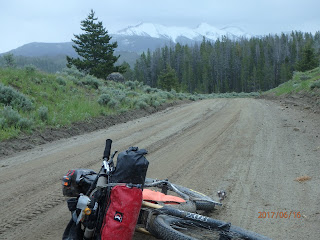 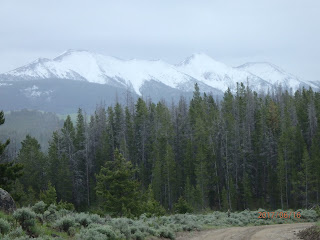 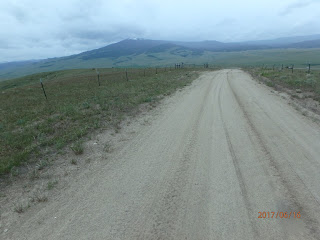 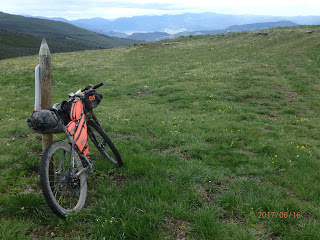 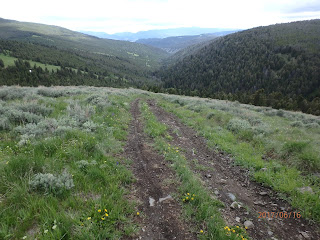 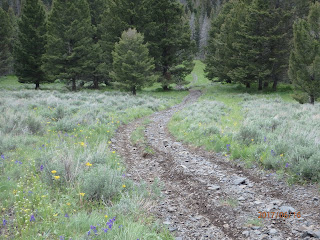 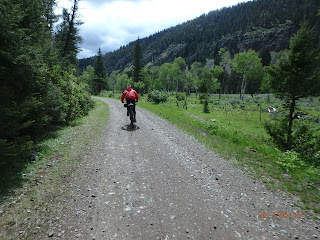 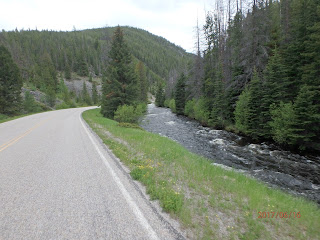 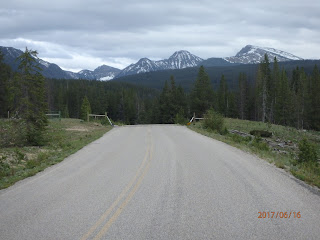 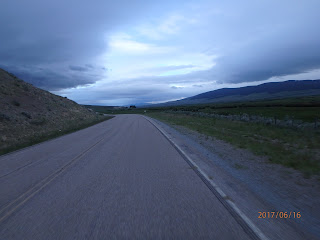 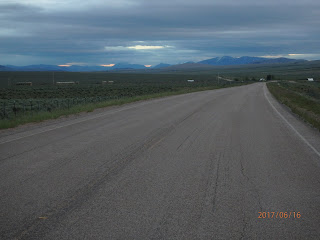