Chris's repaired C'dale (he breaks everything he rides) re-kitted out in SRAM Red and high end carbon bits, coming in at 6.85 kg (just legal, and not bad for Large, and incidentally the same weight as Mr Dugan's Cervelo R5, also in Large), with a view to 3peaks early next year. 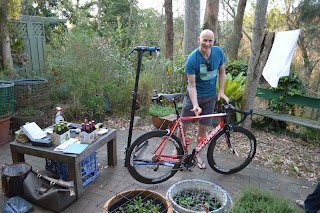 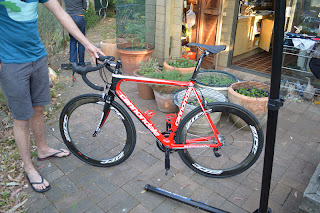 And for me, a 2012 Anthem Advanced 26er frameset which i'll gradually build up as a second identical machine to old faithful (09 vintage) should any further 24solos be entertained.  A bit of a gamble to stick with the endangered 26er (no longer in production from Giant), but at least it is the devil i know, and should get me round the tight and twisty bits of Stromlo.  BTW,  Anita and GK also recently jumped on the 26er Anthem bandwagon.  Get em whilst you can! 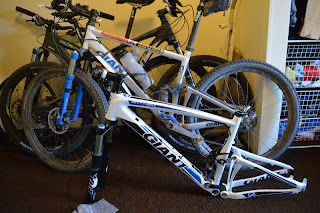